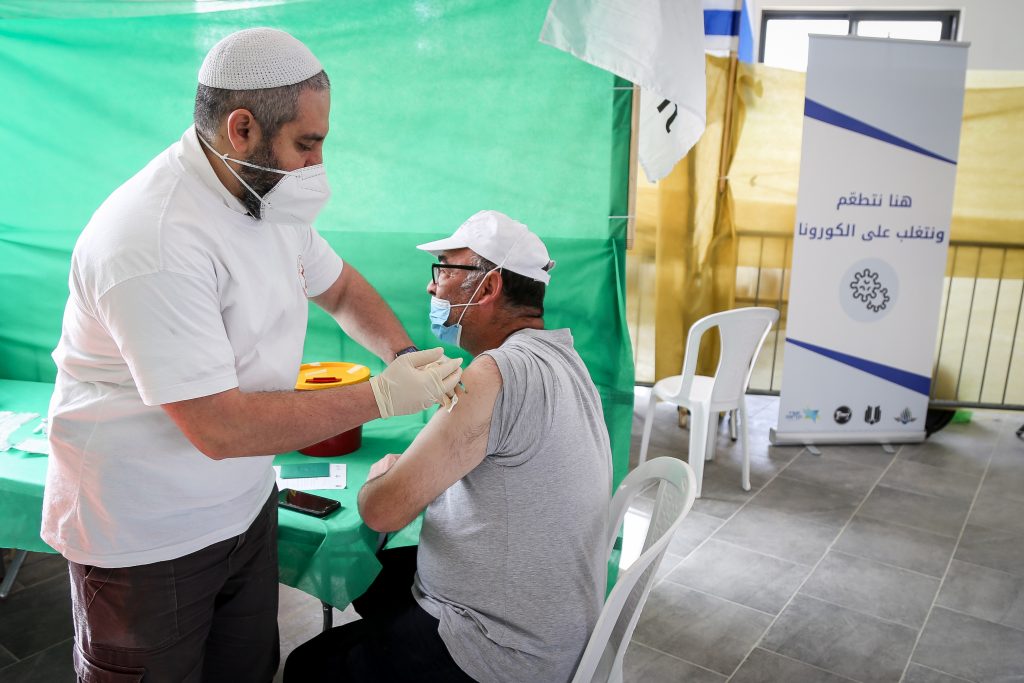 Israel’s planned purchase of fresh supplies of covid vaccines were still being delayed Monday as the leaders of the caretaker government wrangled over politics.

Negotiators from the Likud and Blue and White parties met on Monday but failed to arrive at an agreement amid mutual recriminations.

The main sticking point is said to be Benny Gantz’s insistence that a permanent justice minister must be appointed.

At the end of the meeting, Blue and White accused Likud’s Finance Minister Yirael Katz of conditioning the purchase of the shots on the advancement of other financial policies, the Times of Israel reported.

In a statement after the meeting, Likud accuses Gantz of endangering Israelis.

“We urge him to come to his senses and not continue to endanger the lives and health of Israeli citizens,” Likud said, adding that Gantz wants to “bring back the lockdowns.”

Gantz’s office retorted: “Every Israeli must ask themselves why a prime minister who is charged with crimes is refusing to appoint a justice minister, even at the expense of ‘bringing back the lockdowns,’ as they claim. The only answer is that he places his trial above the needs of the state; and it’s time he goes home.”

The transitional cabinet, including Blue and White, must approve the vaccine purchase, which has been delayed for weeks over these disputes.

Israel has enough vaccines to fully inoculate the remaining unvaccinated population and to give a single shot to recovered COVID-19 patients, Health Ministry Director-General Chezy Levy has said.

However, he said the country needs additional supplies because it is not known how many vaccine boosters individuals may need to stay protected from the virus in the long run.

Those shots will also be used to those under 16.