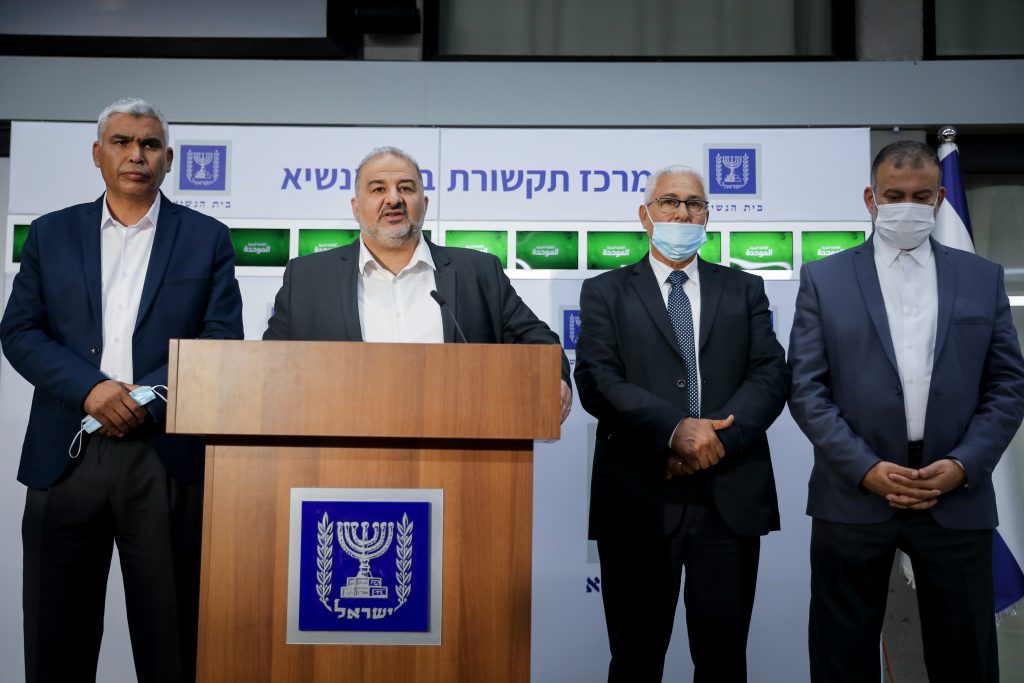 While progress toward a deal between Likud and Yamina was reported on Monday, the Islamist Ra’am party, whose support is also needed for a majority, may have reached the limit of its conciliatoriness.

After his recent speech avowing a willingness to live in peaceful coexistence with Israeli society, party leader Mansour Abbas is apparently not willing to make a followup speech pledging loyalty to the state of Israel and disavowing its anti-Zionist charter.

A senior Ra’am official told The Times of Israel this week that they will stand by the document, which denounces Israel as a “racist, occupying project.”

And since, at the same time, Religious Zionism chairman Bezalel Smotrich has reiterated his refusal to sit in a coalition with Ra’am, Prime Minister Binyamin Netanyahu‏‏ is turning again toward Gideon Saar’s New Hope to reach the 61-MK majority he needs, according to media reports, although Saar, too, has said repeatedly he will not join a Netanyahu-led coalition.

Recent reports have claimed that Netanyahu was seeking a second speech from Abbas that would enable Smotrich to climb down and agree to some form of outside support for a coalition from Ra’am.

But the senior Ra’am official called such reports as “very strange.”

“There will be more speeches from Abbas,” he said. “But the speeches will only include subjects that will benefit Arab society and they will have no connection whatsoever to any changes regarding the charter of the Islamic Movement or Ra’am.”

Netanyahu and Abbas have not spoken since the March 23 election and are not expected to speak anytime soon, according to the senior party official.