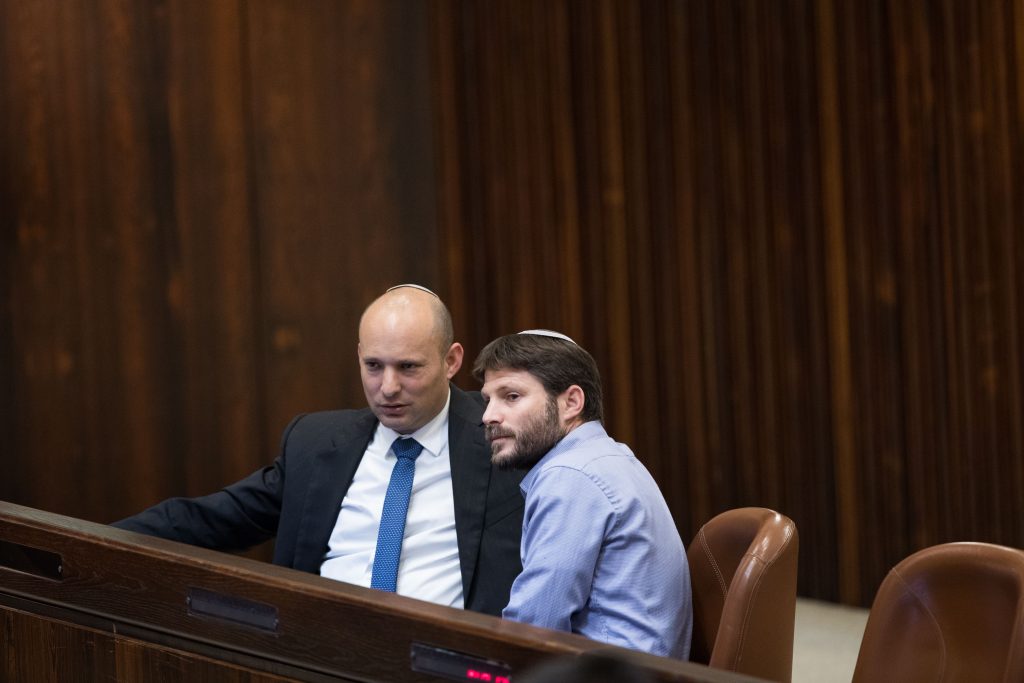 Officials within the right-wing bloc continued over the weekend to try and hammer together a right-wing government and this week will put even more pressure on those who can possibly help make that happen, Yisrael Hayom reported.

Despite the impending pressure campaign, the assumption is that regardless of what he is offered, Sa’ar will presumably not join such a government. Therefore, the feasibility of a Likud-Religious Zionist Party-Yamina-Shas-UTJ coalition with the possibility of the Arab Ra’am party’s abstention or external support is still on the table – despite Smotrich’s opposition. Likud officials said that the “ball for establishing a right-wing government is in the hands of Smotrich and Bennett. The moment they put everything aside, don’t get carried away and stop handcuffing themselves with promises, we can form a right-wing government.”

Bennett told Likud officials last week that he was not the problem in the way of a right-wing government reliant on Ra’am’s support, saying that if Smotrich lifts his opposition, he would join. In Smotrich’s camp, officials rejected outright the option of a right-wing government with external support from any of the Arab parties. Smotrich told Yisrael Hayom: “Not for the outside, not from the inside, not maybe, not abstentions, not direct and not indirect. We will vote against any cooperation with [Ra’am leader MK Mansour] Abbas. It will never happen.”

Officials in Smotrich’s camp are furious over the pressure against him on the matter.

“What right does anyone have to pressure us on such an important and fundamental matter as relying on terrorists and terrorist supporters? This isn’t a matter of breaking a promise or unwillingness to get our hands dirty, it’s an ideological matter; if we agree now to rely on terrorist supporters, we will lose our grip on the State of Israel. The Left will establish a government with them for the next 40 years; they will make strides and receive double the mandates in the next election. We won’t let this happen on our watch,” said one official.