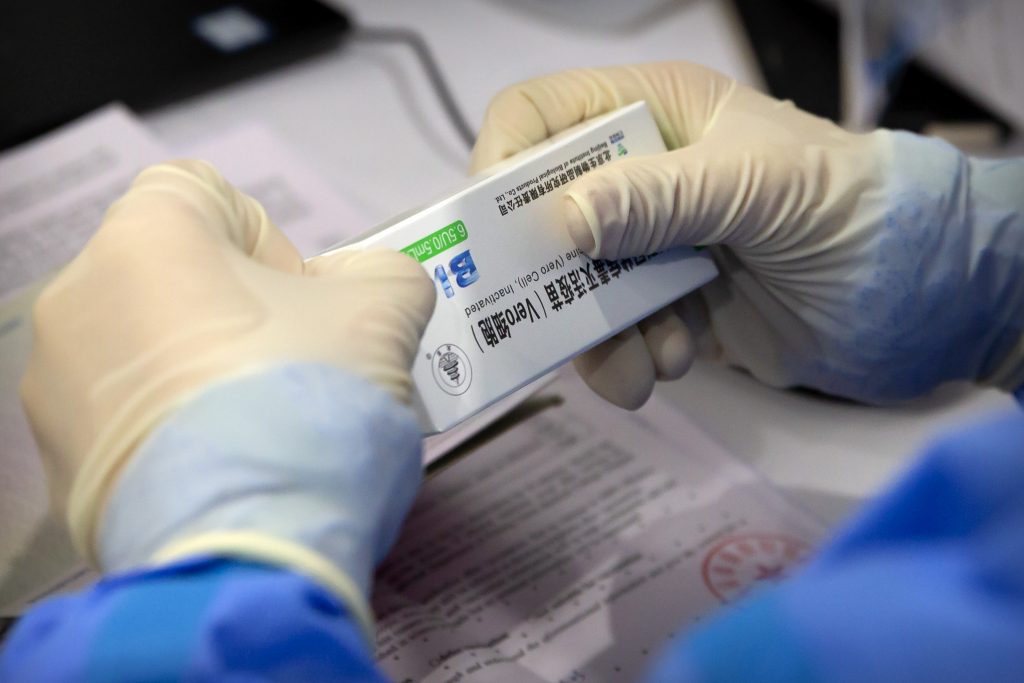 In a rare admission of the weakness of Chinese coronavirus vaccines, the country’s top disease control official says their effectiveness is low and the government is considering mixing them to give them a boost.

Chinese vaccines “don’t have very high protection rates,” said the director of the China Centers for Disease Control, Gao Fu, at a conference Saturday in the southwestern city of Chengdu.

Beijing has distributed hundreds of millions of doses in other countries while also trying to promote doubt about the effectiveness of Western vaccines.

“It’s now under formal consideration whether we should use different vaccines from different technical lines for the immunization process,” Gao said.

Beijing has yet to approve any foreign vaccines for use in China, where the coronavirus emerged in late 2019.

“Everyone should consider the benefits mRNA vaccines can bring for humanity,” Gao said. “We must follow it carefully and not ignore it just because we already have several types of vaccines already.”

Gao previously raised questions about the safety of mRNA vaccines. He was quoted by the official Xinhua News Agency as saying in December he couldn’t rule out negative side effects because they were being used for the first time on healthy people.

Chinese state media and popular health and science blogs also have questioned the safety and effectiveness of the Pfizer vaccine, which uses mRNA.

As of April 2, some 34 million people have received both of the two doses required by Chinese vaccines and about 65 million received one, according to Gao.

Experts say mixing vaccines, or sequential immunization, might boost effectiveness rates. Trials around the world are looking at mixing of vaccines or giving a booster shot after a longer time period. Researchers in Britain are studying a possible combination of Pfizer and AstraZeneca vaccines.