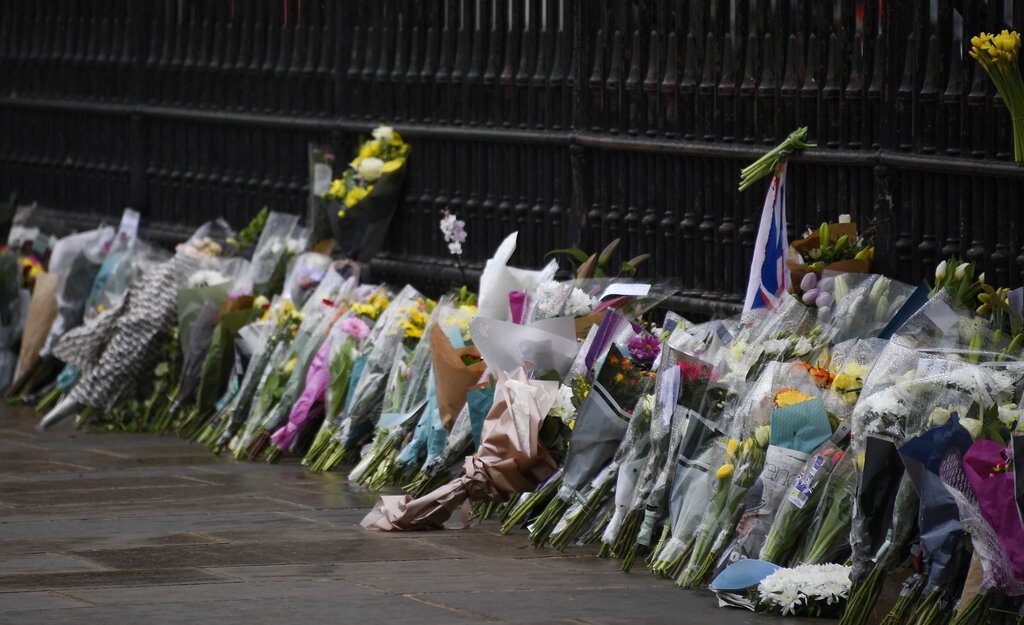 British authorities have implored people to stay away from royal palaces as they mourn the death of Prince Philip in this time of COVID-19, but they keep coming. Not just to honor him, but to support Queen Elizabeth II, who lost her husband of 73 years.

The mix included children, seniors, Sikhs and the children of African immigrants. A cross-section of British society and admirers from abroad descended on Buckingham Palace and Windsor Castle on Saturday. They laid bouquets at the gates, offered prayers or just paused for a moment of reflection as they remembered a man who dedicated much of his life to public service.

Mourners talked about Philip’s work with some 780 charities and organizations, particularly his Duke of Edinburgh Award, which seeks to build confidence and resilience in young people. But they also recalled his role as the consummate royal consort, supporting the queen at thousands of public engagements and state visits.

At Buckingham Palace, the queen’s London residence, well-wishers braved a chilly, gray day to line up and snake their way past the black iron gates, where tourists normally wait to watch the changing of the guard. People were allowed to approach the gates one at a time to lay their tributes as police tried to control the crowd amid Britain’s coronavirus restrictions.

The crowd was smaller at Windsor Castle, west of the capital, where a steady stream of mourners quietly approached the gates to leave bright spring bouquets on a strip of lawn.

“He was a hero to me because he was the man I could look up to,” Nurtr Omar, a 20-year-old who was born in Somalia and now lives in Britain, said outside Buckingham Palace. “He showed me what I can achieve with my life, whether you are royal or not. You need to make hard work to achieve what you want to.”

The floral tributes grew throughout the day, even after the Royal Family on Friday asked people not to visit royal residences to pay their respects due to public health concerns. Instead of flowers, the family asked people to consider making donations to charity.