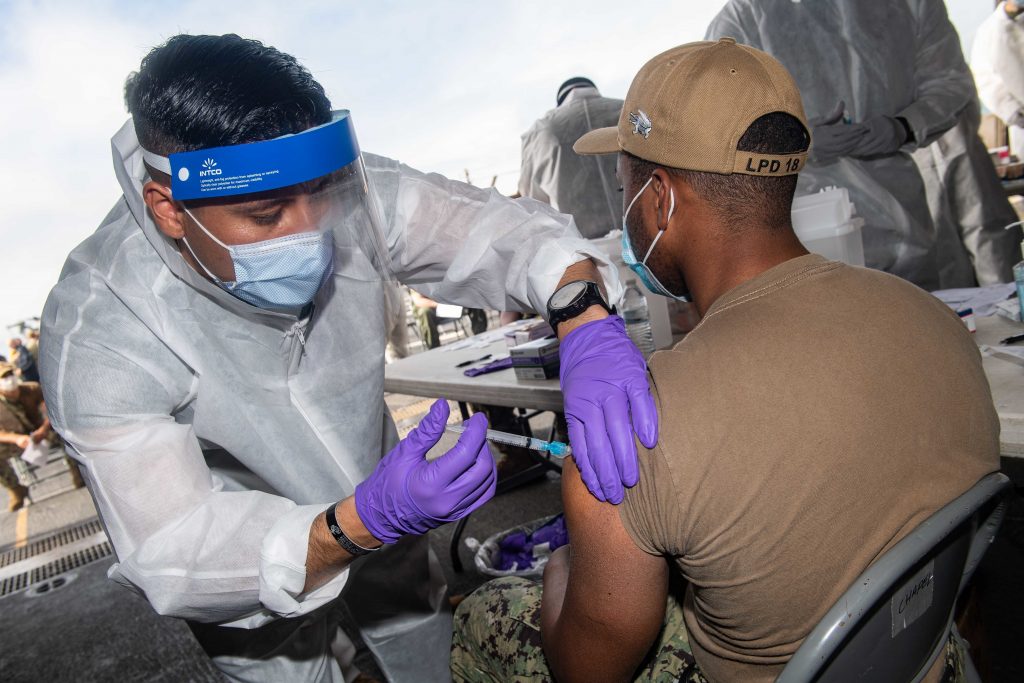 The U.S. 7th Fleet that operates throughout the Indo-Pacific says more than 14,000 of its service members have received their full doses of the coronavirus vaccine, which it began administering on January 5.

“We are in a pandemic and our principle weapon for ending this and saving lives is the vaccine,” vaccine coordinator Capt. Joseph F. Penta was quoted as saying in a news release. “We owe it to ourselves, our family and country to make every effort to stop the pandemic.”

Receiving the vaccination was voluntary and medical personnel were on hand to answer any questions about the process, the release said.

The 7th Fleet operates 50-70 ships and submarines and regularly interacts with forces from 35 other countries. It deploys to the South China Sea, where China has been pressing its claim to virtually the entirely strategic waterway.

Last April, more than 500 crew members aboard the aircraft carrier USS Theodore Roosevelt tested positive for the virus and one died after the ship docked in Guam. That came amid a crisis during which the Navy’s civilian leader fired the ship’s captain after accusing him of too widely distributing a letter calling for more urgent action to deal with the outbreak. The administration official resigned shortly after coming under criticism for the firing.