Israel Netanyahu Denies Reports He Will Give Rotation to Bennett
Israel 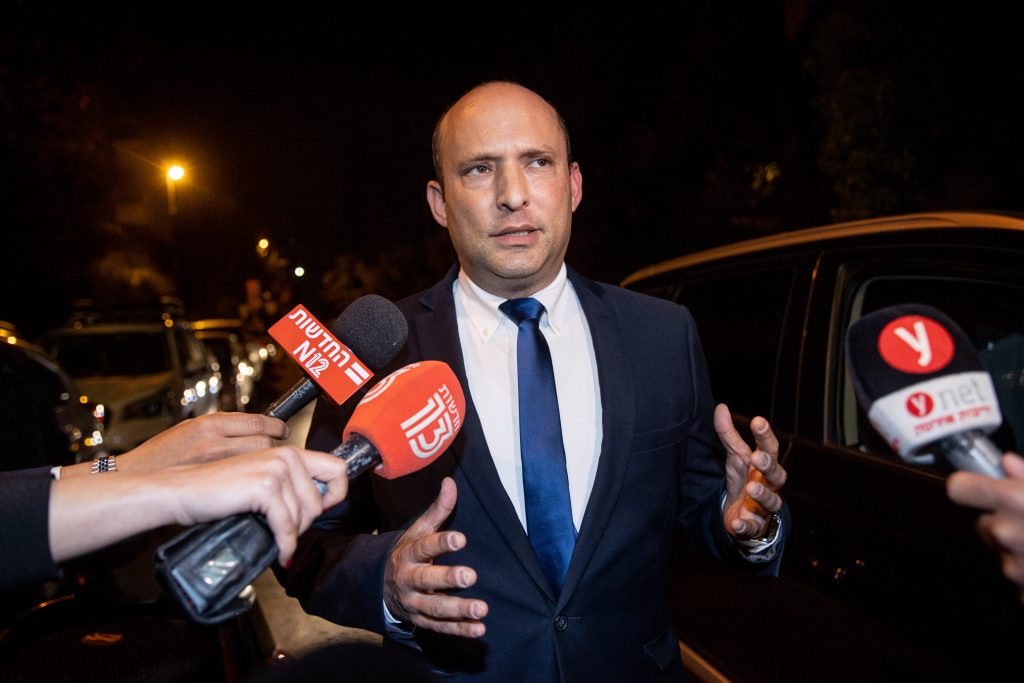 A report that Prime Minister Binyamin Netanyahu will offer his job to Yamina leader Naftali Bennett first in a rotation or hold a primary to elect his replacement in Likud if no other solution is found was denied on Motzoei Shabbos by Netanyahu’s spokesman.

Yisrael Hayom, which is considered close to Netanyahu, reported on Friday that Netanyahu’s associates are already saying that if his mandate goes down to the wire without success in forming a coalition, those two possibilities would be considered.

“They are not real,” the spokesman said of the two options. “We have denied the report.”

According to the report, if Netanyahu would let Bennett go first in a rotation, it would be on the condition that Netanyahu serve as alternate prime minister and remain in the Prime Minister’s Residence in Yerushalayim.

Another condition would be that Netanyahu would get to go first in the rotation if the High Court ruled he could not serve as alternate prime minister due to his criminal indictments. The report said that Bennett could get New Hope leader Gideon Sa’ar to join the government if it was first led by him and not Netanyahu.

But Sa’ar has denied that he would be willing to enter a coalition led by Bennett if there was a rotation with Netanyahu.

But the second possibility in the report – that someone else in Likud forms a government – has been endorsed by Sa’ar and would receive New Hope’s backing.

No breakthrough was reached in Thursday’s meetings of Netanyahu with Bennett and with Religious Zionist Party leader Betzalel Smotrich.

The Likud will continue putting pressure on Smotrich to agree to join a coalition backed from outside by the Ra’am Party, which may be the only way Netanyahu can form a government.

Channel 12 reported that Netanyahu told confidants that Bennett had already reached a deal with Lapid. The report quoted sources close to Netanyahu saying “Smotrich is not the problem. Bennett is the one who is not serious.”