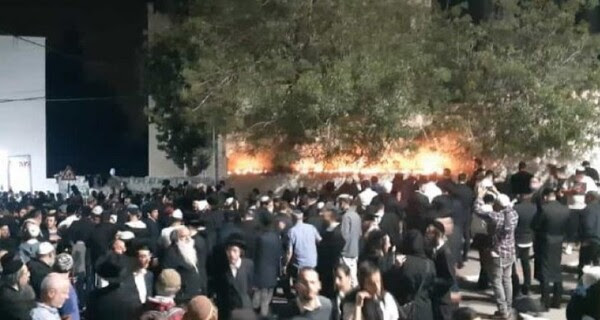 Thousands of people davened at Kever Yehoshua in Shomron on Thursday night, in honor of the yahrtzeit of Yehoshua bin Nun. The visitors were accompanied by dozens of IDF soldiers, who provided security.

Kever Yehoshua is located in the Arab village of Kifl Harith, in central Shomron, across from the city of Ariel. Entry into the village is permitted only by special IDF permit, which is generally issued five times a year. Visitors included residents of communities across the country. There were no security incidents reported during the event.

People also took the opportunity to daven at the kever of Kalev Ben Yefuneh, which is nearby.

Shomron Council head Yossi Dagan said that “a nation that remembers its leaders thousands of years later will not forget its roots or its land. We promise this – that we residents of Shomron will be here to protect the legacy of our holy places and to watch over the land for our descendants for many years to come.”