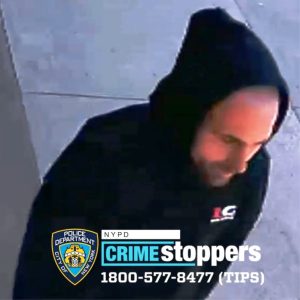 A man has been arrested as the suspect behind three separate assaults against Asian-Americans in Brooklyn.

Joseph Russo was arrested on Wednesday night and charged with multiple counts of assault and aggravated harassment as hate crimes, police reported.

On Monday morning, in front of J&R NY Supermarket at 1406 Avenue U in Sheepshead Bay, the suspect pushed a 77 year old Asian-American man who was looking at the vegetables. The victim fell to the ground and sustained bruising on his arm, but refused medical attention. The NYPD’s Hate Crimes Task Force was alerted to the incident.

On March, Russo allegedly pushed a 64 year-old Asian-American to the ground on Kings Highway and West 6th Street in Gravesend.

He also faces charged from an incident in Midwood on March 22, when he is suspected of having grabbed a 32 year-old Asian-American woman, who fought back until he let her go and hurried away, punching a building as he went.

New York City, and the country at large, have seen a dramatic surge of hate crimes against Asian-Americans.