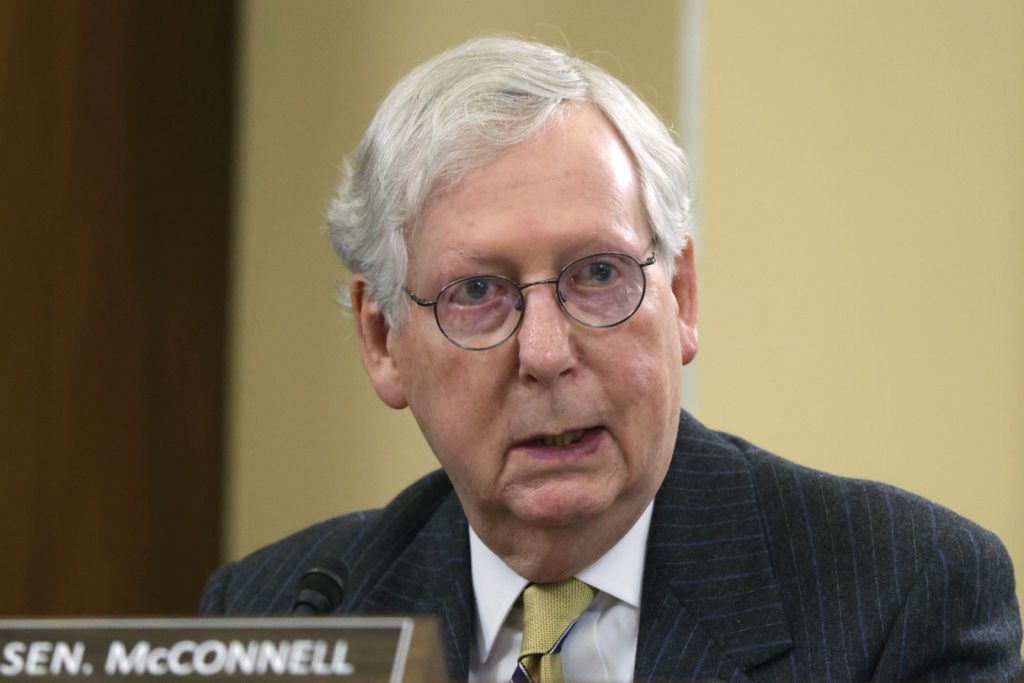 Mitch McConnell is adamant that raising taxes on corporations to pay for President Joe Biden’s infrastructure package is something Republicans are “not going to do.”

But the Senate Republican Minority Leader is floating an alternative: Leveraging private sector funds and attaching user fees — with the potential of adding other types of taxes to keep from adding to the national debt.

“The users of our infrastructure,” McConnell said on WHAS, a local Kentucky radio station, “have always been the ones who have principally paid for it.”

Asked by WHAS if that meant levying a mileage tax to cover the new projects,, McConnell did not rule it out.

“Credibly paying for it is worth considering, but that doesn’t involve spending $2 trillion on this,” he replied, advocating for a much smaller proposal than Biden’s $2.3 trillion offering.

A McConnell spokesperson stressed that the GOP leader has not endorsed any specific vehicle to pay for infrastructure.

Yet in media appearances in Kentucky this week, McConnell has pointed to former Indiana Gov. Mitch Daniels’ 2005 public-private partnership as an infrastructure model. The Daniels plan, dubbed “Major Moves,” harnessed more than $10 billion to fund more than 100 new highway projects and rehabilitate 1,400 bridges in the Hoosier State over a decade.

But that plan also included a 75-year Toll Road lease to private investors, which in turn relied heavily on significantly higher tolls for drivers. At the outset, a typical passenger car that used to pay $4.65 to travel the length of the Toll Road had to fork over $8 to make the same trip after the lease was implemented, according to Pew Trusts.

While McConnell contends there’s ample “private money in pension funds and other funds ready to invest in infrastructure,” critics of the approach say the federal government can finance the same investments far more cheaply and instill greater accountability over the process.

“It’s a complete shell game to support privatized infrastructure instead of a federal tax hike to pay for infrastructure,” said Phineas Baxandall, a senior budget analyst for the Massachusetts Budget & Policy Center. “It’s not as if private companies will create infrastructure for free. State and local public-private partnerships would enable the private companies to charge user fees like tolls or to receive long-term public contracts that taxes will ultimately pay for.”

On Wednesday, the Biden administration formally announced how it wants to pay for the roads, bridges, electric charging stations, broadband internet and home health aides included in its plan.

It proposes to raise the corporate tax rate from 21% to 28%, a hike that would create an estimated $2.5 trillion in revenue over 15 years. Former President Donald Trump and congressional Republicans lowered the corporate rate from 35% to the existing 21% rate under the 2017 tax cut bill.

AFSCME President Lee Saunders said it would be fundamentally unfair to saddle ordinary Americans with the infrastructure tab, rather than businesses — some of which have signaled support for a higher corporate rate.

“At a time when they have been struggling, even before the pandemic, but especially during the pandemic … to lay an additional burden on them is completely unfair and it’s unacceptable,” Saunders said. “The American people believe, and as a matter of fact the polls show this, that corporations should step up to the plate and share the burden and accept the responsibility of putting the house back in order.”

Raising taxes on corporations is popular with most voters, including a substantial slice of Republicans. A national Morning Consult poll found 42% of GOP voters back Biden’s proposal to raise corporate taxes, while 47% oppose it. Democrats overwhelmingly support it with 85% approving.

But McConnell has drawn a red line on lifting taxes to pay for the plan and even some moderate Democrats, most notably Sen. Joe Manchin of West Virginia, have pumped the brakes on the proposed increase to 28%.

The White House indicated Wednesday that compromise over the details is a certainty. Republican Sen. Roy Blunt of Missouri has signaled that Biden could potentially earn GOP support if he decided to carve out and segment the $600 billion for “what has traditionally been called infrastructure.”

The question remains how far the Biden administration is willing to negotiate with McConnell and if the GOP leader actually puts forth a substantive alternative with a funding mechanism.

“Infrastructure … is appealing,” McConnell said this week. “And if you figure out a way to do and pay for an, arguably, more modest approach, I’d be open to it.”

At Wednesday’s White House press briefing, Commerce Secretary Gina Raimondo indicated the Biden administration was all ears, but also drew her own line in the sand.

“I would say, don’t short-change America. Don’t come back and say we only need a half a billion dollars of infrastructure,” she said.