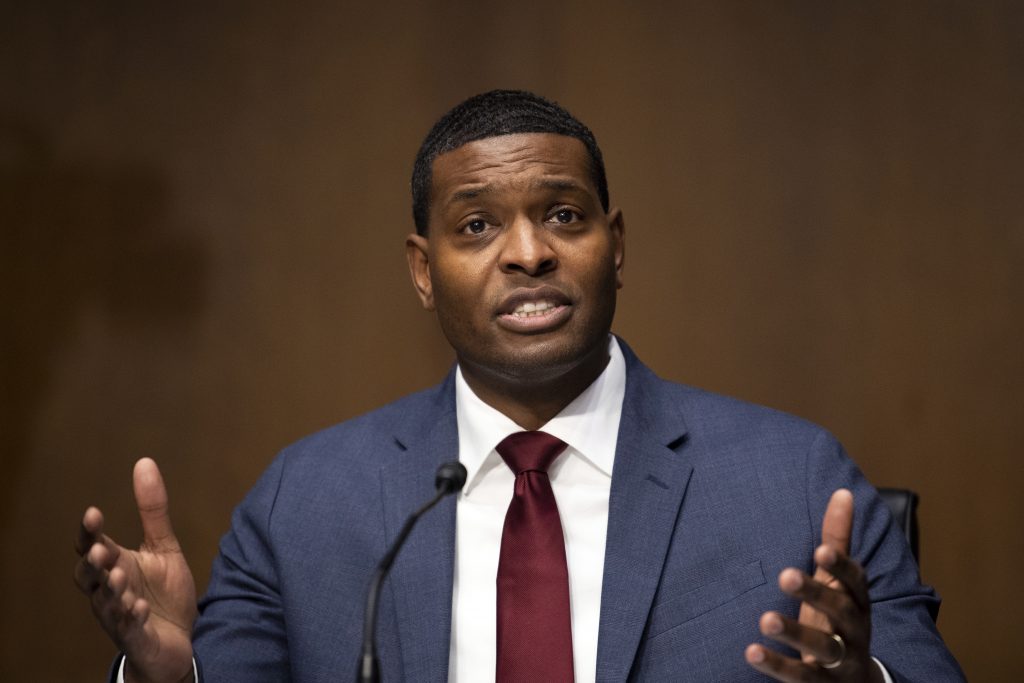 Two House Republicans are demanding that the Environmental Protection Agency provide records related to a decision by the agency’s new leader to remove dozens of scientists and other experts from two key advisory boards.

EPA Administrator Michael Regan has said the advisers appointed under the Trump administration were overly friendly to business and that his March 31 “reset” of the Science Advisory Board and Clean Air Scientific Advisory Committee would return EPA to its practice of relying on advice from a balanced group of experts.

Regan’s overhaul removed more than 45 members of the two science advisory boards, including some whose terms do not expire this year. The panels provide scientific expertise and recommendations for air quality standards and other policies intended to protect public health and the environment.

But GOP Reps. James Comer of Kentucky and Ralph Norman of South Carolina criticized Regan for what they called an unwarranted “purge” based more on politics than science. Comer is the senior Republican on the House Oversight Committee, while Norman is the top Republican on the panel’s environment subcommittee.

“Traditionally science advisory boards are bipartisan panels used to provide advice to the administrator. Unfortunately, it appears the Biden administration is continuing to purge officials in the government who do not share its political beliefs,” Comer and Norman wrote Wednesday in a letter to Regan.

“The midterm firing of science advisory board members within the first months of a new administration …. raises serious concerns about the politicization of the EPA,” they added.

Regan told The Associated Press in an interview late last month that while he was clearing out the two important panels, ousted members can apply for reinstatement.

“Scientific integrity is a foundational value for EPA,” Regan said. “And I am committing to ensuring that every single decision we make meets rigorous scientific standards.”

Democrats have said a 2017 decision by Donald Trump’s first EPA administrator, Scott Pruitt, to remove many academic scientists from the advisory panels tilted them in favor of the chemical and fossil fuel industries. Pruitt barred scientists from serving on the advisory boards if they had received EPA research grants. Pruitt later resigned amid ethics scandals but his policies were largely continued under his successor and former deputy, Andrew Wheeler.

John Graham, the former chairman of the Science Advisory Board, said last week that Regan’s “radical action” disrupted his service and that of every board member. The Indiana University professor said he will not reapply “because I respectfully protest the entire process that Administrator Regan has concocted.”

Regan, 44, was sworn in March 11 as the first Black man to run the EPA. He served as North Carolina’s top environmental regulator for four years before that and also worked at the EPA during the Clinton and Bush administrations.

He told the AP that the reset of the two advisory boards — and the removal of all members of both boards — “are indicative of how serious we are about repairing the scientific integrity at EPA.”

The EPA also will be part of a White House effort to investigate Trump-era political interference in science across the executive branch, Regan said.

In their letter, Comer and Norman asked the EPA to provide by April 21 all documents and communications — including any with the White House — from Jan. 20 on related to the ouster of the advisory board members.