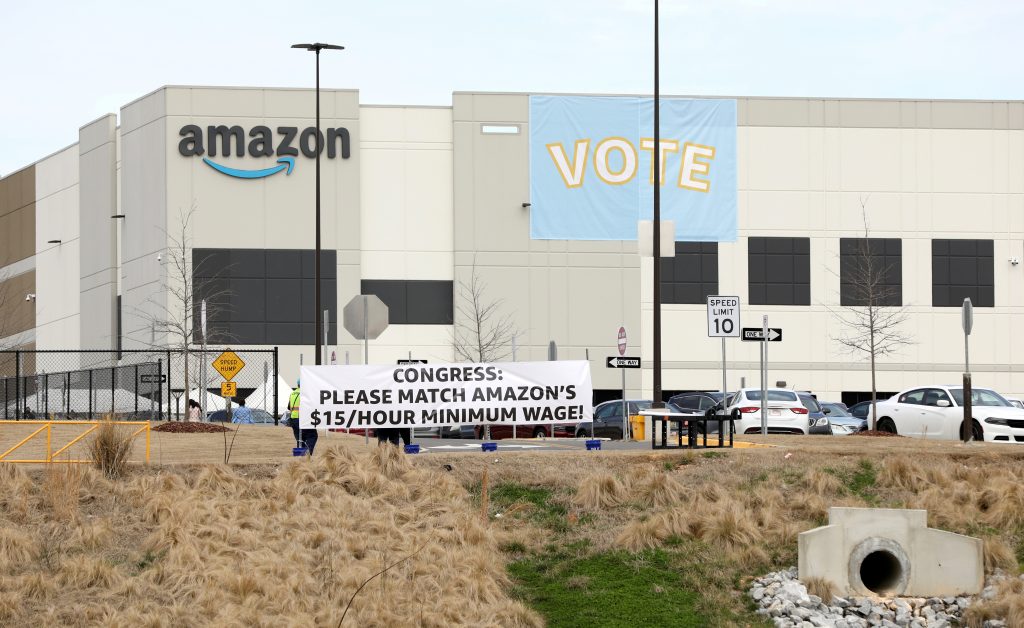 Amazon.com Inc warehouse employees in Alabama were on track to reject unionization by a 2-1 margin with almost half the votes counted in an election seen as a potential turning point for organized labor.

Unionizing Amazon, the second-largest private employer in America, has been a goal for the U.S. labor movement, which is aiming to reverse long-running declines in membership. Union membership fell to 11% of the eligible workforce in 2020 from 20% in 1983, the U.S. Bureau of Labor Statistics has said.

Even the White House was closely monitoring the ballot count with Erika-Dinkel Smith, a senior member of President Joe Biden’s labor engagement team, among over 250 participants who watched the vote count on a video call.

The National Labor Relations Board (NLRB), the agency overseeing the election, set up multiple cameras so participants and media could watch its agents count the votes.

Voter turnout was about 55%, according to the Retail, Wholesale and Department Store Union (RWDSU).

Neither Amazon nor union officials were immediately available for comment.

The vote count followed more than a week of challenges to ballots during closed-door proceedings that could influence the final result. Lawyers for Amazon and the union were allowed to question ballots on suspicion of tampering, a voter’s eligibility and other issues.

The union says there have been hundreds of contested ballots, making it unclear the number of votes needed to declare a winner.

The labor board would adjudicate the challenges in coming days.

Amazon for years has discouraged attempts among its more than 800,000 U.S. employees to organize, including by showing managers how to identify union activity, raising wages and warning union dues would cut into pay, according to a prior training video, public statements and the company’s union election website.

Stuart Appelbaum, the RWDSU’s president, has said more than 1,000 Amazon workers from other warehouses have asked if they could join the union. He added in a statement: “This still represents an important moment for working people and their voices will be heard.”