National $50 Billion Race to Save Renters From Eviction
National 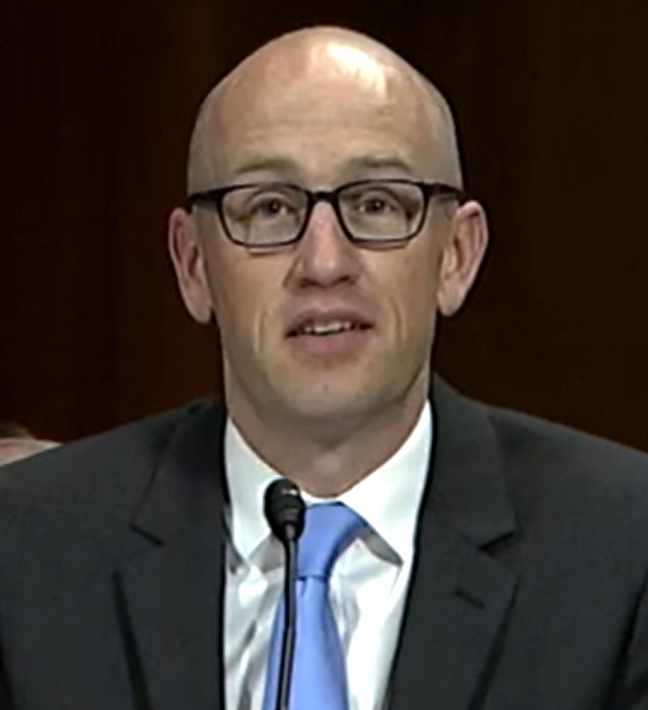 The Biden administration again extended a federal moratorium on evictions last week, but conflicting court rulings on whether the ban is legal, plus the difficulty of rolling out nearly $50 billion in federal aid, means the country’s reckoning with its eviction crisis may come sooner than expected.

The year-old federal moratorium, now extended through June 30, has probably kept hundreds of thousands or millions of people from being evicted from their apartments and homes. More than 10 million Americans are behind on rent, according to Moody’s, easily topping the 7 million who lost their homes to foreclosure in the 2008 housing bust.

Despite the unprecedented federal effort to protect tenants, landlords have been chipping away at the moratorium in court. Six lawsuits have made their way before federal judges, with three ruling in support of the ban and three calling it illegal.

The opposition started when landlords in Texas sued in the fall, arguing that the Centers for Disease Control and Prevention had overstepped its bounds in implementing the ban. Apartment owners argued in their complaint that they built and maintained apartment buildings “with the reasonable expectation that they would be legally permitted to realize the benefit of their bargain by collecting monthly rent from their tenants.”

District Judge J. Campbell Barker agreed. “Although the COVID-19 pandemic persists, so does the Constitution,” he wrote.

The National Association of Home Builders joined Ohio landlords in another suit. The judge in that case, J. Philip Calabrese, also ruled against the ban, writing March 10 that “the CDC’s orders exceeded the statutory authority Congress gave the agency.”

Treasury Department officials have been armed with nearly $50 billion in emergency aid for renters who have fallen behind, and are racing to distribute it through hundreds of state, local and tribal housing agencies, some of which have not created programs yet.

The idea is to get the money to renters before courts nationwide begin processing evictions again.

“We are running the Emergency Rental Assistance Program every day like we’re going to lose the moratorium tomorrow,” said a Treasury Department official who spoke on the condition of anonymity to discuss the program before any formal announcements.

The moratorium was not overly controversial at first and it has received bipartisan support from lawmakers. It was formed when President Donald Trump and Congress directed the CDC to create a form tenants can use to declare that they cannot pay rent because of the pandemic and that they have been unable to secure other housing. Filing the form generally halts eviction proceedings.

But that was a year ago, a long time to go without collecting rent, especially for landlords who own smaller properties and are increasingly facing debts they cannot pay.

This isn’t a concern for the vast majority of owners of high-end apartments catering to professionals, because their tenants can work from home and are far less likely to be unemployed. But it can amount to a financial catastrophe for companies housing low- and moderate-income workers, many of whom were laid off from service and tourism industries and have not been required to pay rent for a year.

“Those who have fallen behind in their rent are among the most vulnerable members of society: more likely to be unemployed, with less income and less education,” experts from Moody’s wrote in January.

As months of unpaid rent dragged on, landlords began filing suits nationwide asking judges to strike down the ban. Three have now ruled against it.

The rulings in Texas and Ohio did not include injunctions removing the CDC’s ban, and the Justice Department is appealing. Dozens of state and local bans remain in place as well.

But days after the Ohio judge’s order came a more concrete ruling against the moratorium, when District Judge Mark Norris in Tennessee ruled that extending the ban had been illegal. He issued an order saying the moratorium was “unenforceable in the Western District of Tennessee.”

Advocates say this is the first ruling that may carry severe consequences for thousands of people. More than 19% of renters in Tennessee are behind on rent, according to Moody’s. Norris’ district includes Memphis, where landlords have filed more than 13,000 eviction notices in the past year, according to Princeton University’s Eviction Lab.

Memphis may be a test case for what the impact will be when the moratorium expires nationwide with eviction filings piled up in courts.

Although the CDC ban remains in place, and other judges have upheld it, for Justice Department lawyers it looks like an increasingly difficult game of whack-a-mole, with each adverse ruling chipping away at the moratorium’s protections. The National Association of Home Builders now argues that the CDC ban should not apply to any of its 1,700 or so members, some of whom own thousands of units.

Tenants are already increasingly subject to the rules of their local jurisdictions, as some have halted eviction proceedings altogether while others allow landlords to file eviction papers or to complete evictions for reasons unrelated to the coronavirus pandemic.

Landlords also are instituting very different policies from one another, as some are aggressively filing eviction notices against tenants even where local courts are not processing cases, said Jim Baker, an advocate. His group, the Private Equity Stakeholder Project, has reviewed thousands of eviction filings nationwide.

“We have seen dramatically different polices from different landlords,” Baker said. He said some appear to be targeting apartment communities predominantly populated by racial minorities, a disparity the Eviction Lab documented.

Baker also found a motion filed as part of an eviction case in Florida in which a landlord’s attorney cited a decision in West Texas, arguing that the CDC ban had been deemed “an unconstitutional overreach into the general police power retained by the states,” even though it did not include an injunction.

Banning evictions is not the only strategy for preventing them. Some states and municipalities have provided subsidies to renters who have fallen behind, to prevent them from being evicted.

So tenants’ advocates and apartment company lobbyists alike celebrated when the federal government approved about $46.5 billion in emergency rental aid to be distributed to renters and landlords through hundreds of state, local and tribal housing agencies and organizations.

But quickly and efficiently disbursing so much money is no straightforward task. Yentel said recently that only about half the states have created a program to do so. Some landlords have begun saying they won’t accept the money out of concern that too many strings are attached.

The Treasury Department has not yet released data on the emergency rental aid program, one of a number of stimulus initiatives deploying unprecedented sums of money.

“I see progress and that is heartening, but that doesn’t get us to take our feet off the gas,” said the treasury official.

Part of the effort is to assure landlords that they should participate in the program, regardless of how they feel about the moratorium, so they can collect unpaid rent. Landlords should also benefit from payments renters make after receiving money from Congress’s $1.9 trillion stimulus package.

“Are there landlords that don’t want to take the money? I am sure there are. But we are really working hard to build that confidence among landlords so that they confidently come in and participate in this program,” the official added.

If the money gets to the tenants and landlords who need it before the ban ends, the onslaught of evictions may be avoided. But given the legal rulings so far, no one can say when the ban will end.