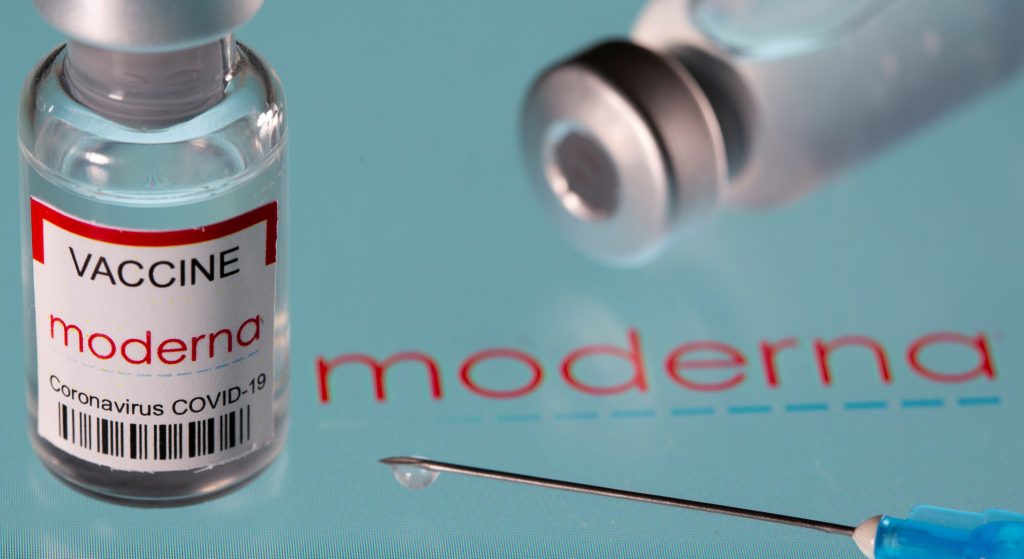 Britain begins using Moderna’s COVID-19 vaccine on Wednesday in Wales just as its rollout of other shots has fallen to its lowest level this year due to a supply crunch caused by manufacturing problems at AstraZeneca.

Britain has surged ahead of the rest of Europe in the race to vaccinate its population, with almost half of its citizens receiving a first dose, but supply issues from its main Oxford-AstraZeneca shot have slowed progress in recent days.

Britain distributed almost 96,000 shots on Sunday and just over 105,000 on Monday, the lowest figures since the government started publishing daily numbers in January.

British ministers had warned the rollout would slow in April due to AstraZeneca’s manufacturing issues, including at a site in India.

“The Moderna vaccine rollout begins today, starting with Carmarthen in Wales,” Prime Minister Boris Johnson said. “We have ordered 17 million doses that will be going into arms across the U.K. in the coming weeks.

“Please get your jab as soon as you are contacted.”

Moderna, whose shots are already being used in the United States and other parts of Europe, will become the third vaccine to be used in Britain after the AstraZeneca shot and one from Pfizer-BioNTech.

It uses the same mRNA technology as Pfizer’s shot but can be stored at normal fridge temperatures unlike its rival U.S. vaccine, which must be stored and shipped at ultra-cool temperatures.

Junior Business Minister Paul Scully told Sky News the Moderna shot would reach the rest of the United Kingdom in the coming days.

“You’ve heard the Vaccine Minister Nadhim Zahawi talking about the third week of April. We’re already just about to start the second week of April so that’s not too long to wait.”

The United Kingdom has vaccinated 31.6 million people with a first dose of a COVID-19 vaccine – and administered 5.5 million second doses. In recent weeks, cases, hospitalizations and deaths have all fallen.

Israel is the world leader in vaccinating its population against COVID-19, followed by the United Arab Emirates, Chile, the United Kingdom, the United States, Bahrain, Serbia and Hungary, according to Our World in Data.