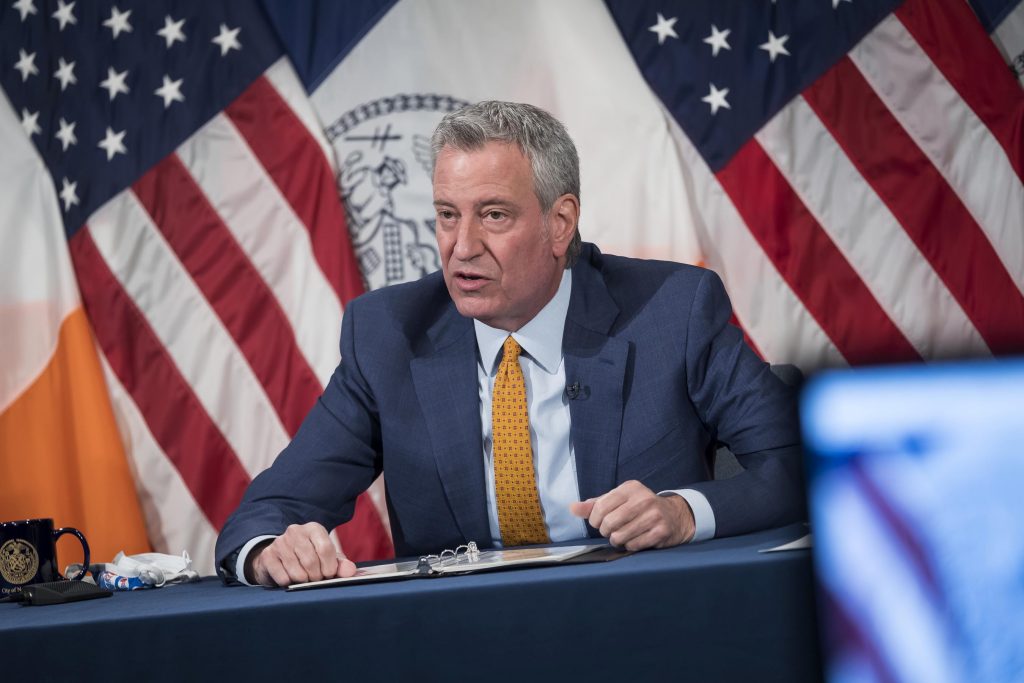 New York City will encourage vulnerable populations to be vaccinated by streamlining the process for them, Mayor Bill de Blasio announced at his press conference on Tuesday.

Seniors 75 and older will be able to walk in to one of 25 designated vaccination sites and receive an appointment for vaccination right then and there, rather having needing to preschedule by phone or online. Every city-run health department sites will have several appointments set aside daily for seniors who may come in.

The new walk-in option “has proven to be really effective, it’s really encouraging seniors to come out who previously didn’t come out,” said de Blasio. “This is the group we need to reach the most.”

In Brooklyn, the walk-in sites include the Brooklyn Army Terminal, the Flatbush YMCA, the Bushwick Educational Campus, Teachers Prep, and City Point.

In Manhattan, the sites include City College, Yeshiva University, and the Fulton Community Center.

With New York now offering universal eligibility to anyone 16 and older, the city is getting ready to bring vaccines to “people who are being missed so far, but this will take it right to them” via a mobile vaccination clinic.

“It’s going to be a gamechanger,” said the mayor. He said the first few weeks the buses would be going into Brooklyn and would focus on the “heroic” restaurant and delivery workers, regardless of their legal status.

The buses will have six exam rooms to vaccinate six people simultaneously. Each bus will be able to distribute 150 to 200 doses a day. The buses are equipped with wheelchair lifts and staff will speak multiple languages.

Last week, the city reached a new record of half a million doses in seven day, for a total a little over 4.6 million vaccine doses distributed.