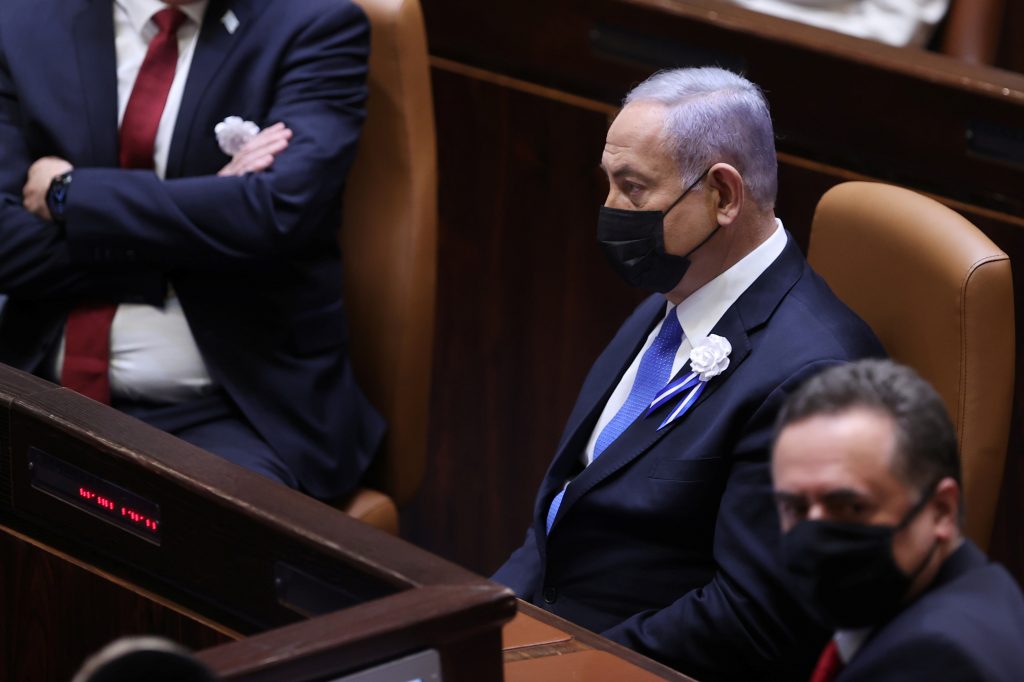 Amid widespread pessimism over the chances of avoiding a fifth election, Prime Minister Binyamin Netanyahu said on Tuesday that “the task is not simple, but not impossible,” if his rivals would put aside their partisan and personal agendas.

“The goal is within reach and I believe we can do it,” he said at a meeting of his Likud party after President Reuven Rivlin gave him the mandate to try to form a government, even while saying that he didn’t think anyone would be able to do it under present party alignments.

“This won’t be a government of paralysis, but rather a government of action,” he said. “To do this, the government must be united, both in policy and action. And to create it, we must first end the personal boycotts.”

That was a reference in particular to New Hope leader Gideon Saar, a former Likud minister who has said that he will not sit in a coalition with Netanyahu, though he would consider doing so with a different Likud leader. Benny Gantz has also said he will not join Netanyahu again.

Despite the prime minister’s professed optimism, United Torah Judaism MK Rabbi Yaakov Litzman told Channel 12 that he doubted Netanyahu would be able to assemble a majority, and that a fifth election would be necessary.

Rabbi Litzman ruled out any deal with Yesh Atid’s Yair Lapid, saying there’s “no chance” his party would break ranks with Netanyahu and go to the center-left bloc.

“Only Netanyahu. Period,” he said.

Meanwhile, Yamina leader Naftali Bennett called for “the establishment of a stable government to save Israel from fifth elections and deterioration into an endless spiral of chaos and hatred.”

A “government that is formed must reflect, more or less, the array of opinions of the people, the national consensus,” he said, adding that that meant a right-wing, nationalist, but not “extreme” government.

There has been speculation in the media that Bennett, who did not recommend anyone for prime minister in consultations with President Rivlin, is planning his own attempt to forge a coalition after Netanyahu’s anticipated failure.

Netanyahu reportedly will meet Bennett on Thursday night for talks on forming a government. It will be the second meeting between the two since last month’s elections.