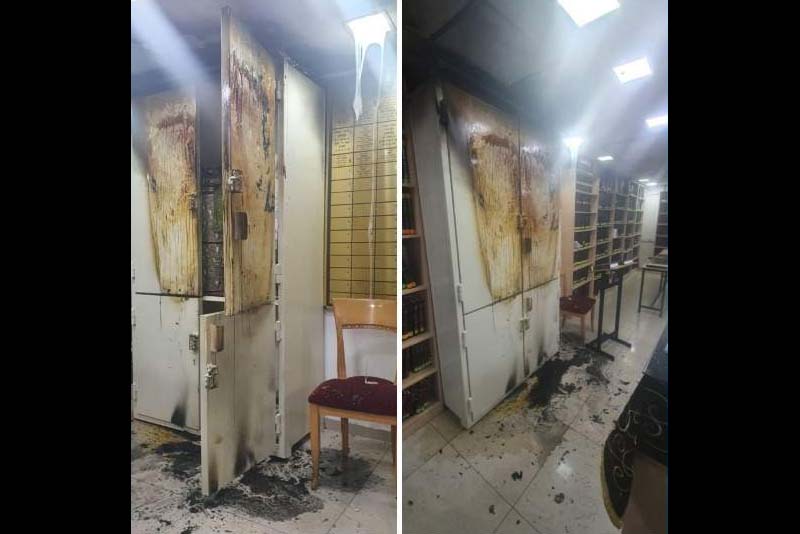 Two fires were reported in shuls in the space of 15 minutes at 4 a.m. on Monday. In the first, a fire broke out in the ezras nashim of a shul in Ramat Gan. According to preliminary findings the fire was arson. The shul was badly damaged.

Shortly afterwards, the fire department was summoned to the Maor Israel shul on HaChalutzim Street in Bnei Brak, where the aron kodesh had been set on fire. B’chasdei Shamayim, the sifrei Torah were spared. Firefighters confirmed that no one was trapped in the building.