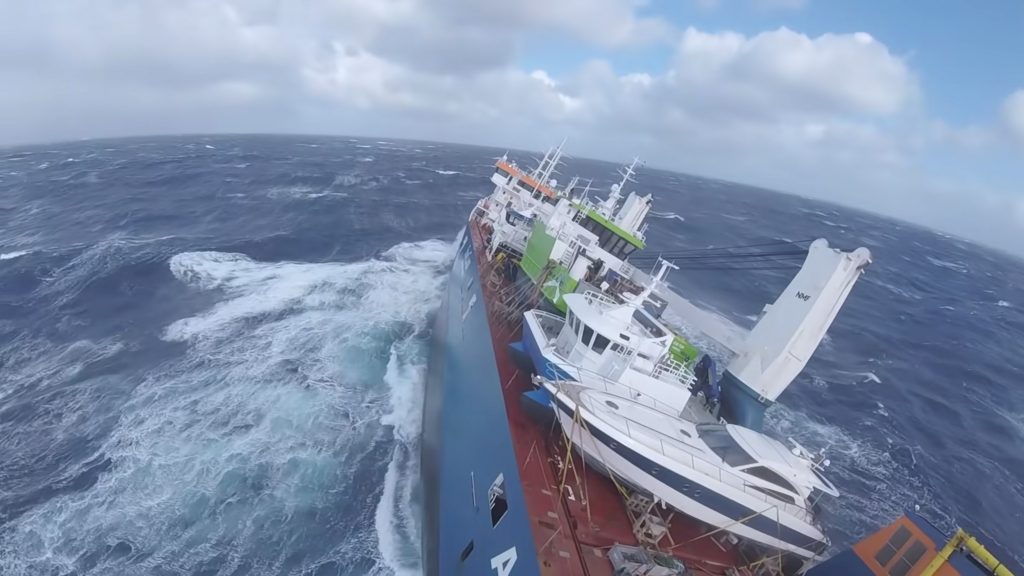 The crew of a Dutch cargo ship was evacuated in stormy weather off the coast of Norway late on Monday, leaving the abandoned vessel adrift and in danger of sinking, local officials said on Tuesday.

Footage released by the Norwegian Rescue Coordination Centre showed some of the 12 crew members jumping into the ocean from the badly listing Eemslift Hendrika before being rescued by helicopter. Others were hoisted directly from the deck.

All were brought to safety, but the vessel – currently some 130 km (80 miles) off the cost in the North Sea – is at risk of sinking, a Norwegian official said.

“The ship lost power on the main engine during the night and is drifting towards land,” Hans Petter Mortensholm of the Norwegian Coastal Administration, told public broadcaster NRK.

“There is a risk it may capsize and sink,” Mortensholm said, adding that this could cause a spill of diesel and fuel oil from its tanks.

Built in 2015 and registered in the Netherlands, the 111.6-meter (366-foot) Eemslift Hendrika is a yacht transport vessel, carrying smaller boats on its deck, according to Monaco-based Starclass Yacht Transport, which markets the ship’s services.