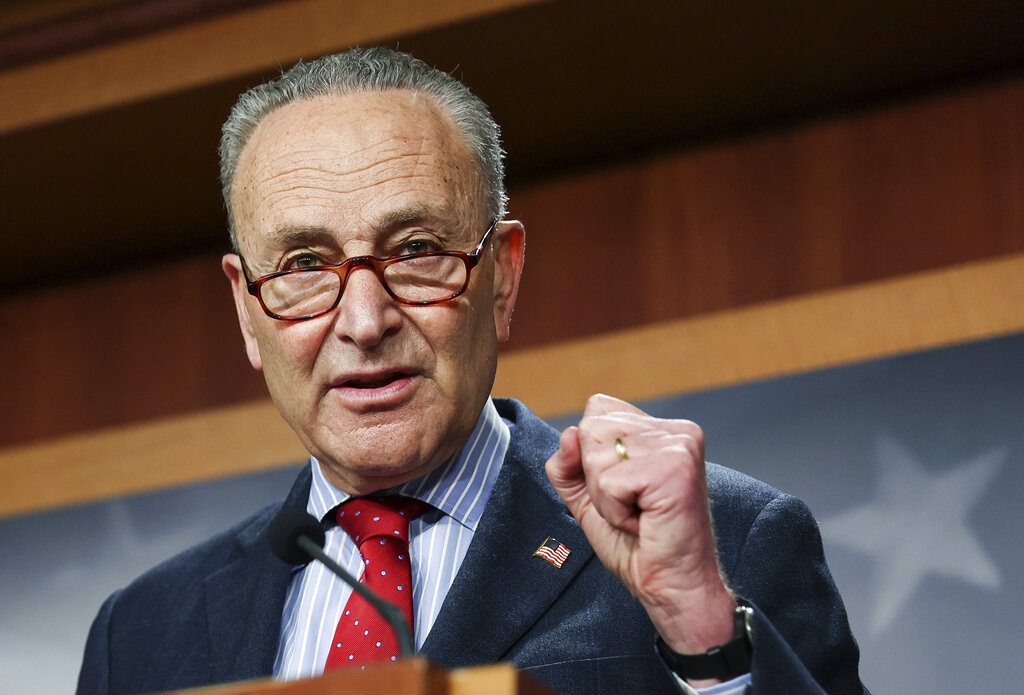 The Senate parliamentarian has determined that Democrats can utilize the legislative process of reconciliation to pass more bills along their razor thin majority.

Democrats had utilized the reconciliation process to pass the $1.9 trillion coronavirus stimulus package, and are widely expected to do so a second time in order to pass President Joe Biden’s $2.3 trillion infrastructure plan.

The reconciliation system can only be utilized a few times in order to pass bills, but with the nonpartisan parliamentarian’s decision, Democrats have more room to pass legislation along the party line.

“This … allows Democrats additional tools to improve the lives of Americans,” Senate Majority Chuck Schumer said in a statement. “[The] parliamentarian’s opinion is an important step forward that this key pathway is a available to Democrats if needed.”

Under reconciliation, the lawmakers pass a budget resolution that provides the various committees with guides to write legislature to fit with the budget. The process can only be used once every fiscal year, The Wall Street Journal reported, but the parliamentarian’s ruling that the budget can be edited, giving the committees expanded guidelines. It is unclear how many times the Democrats can further edit the budget, but they will likely have another significant opportunity to pass major legislation in the 2021 fiscal year.

There are limits to what can be passed through reconciliation; the parliamentarian previously struck a provision raising the federal minimum wage from the coronavirus stimulus package.

Most legislation in the Senate requires 60 votes, a point of contention among some Democrats, who hope to jettison the filibuster and simplify it to a 51-majority vote. Under former presidents Barack Obama and Donald Trump, both parties rejected the 60-vote threshold in order to appoint federal judges.

The massive infrastructure plan would raise taxes on millionaires and corporations in order to fund roads, trains, bridges, schools, technology and green energy.

With Republican opposition solidifying against the infrastructure plan, Democrats hoping to preserve the scope and ambition of Biden’s initial plan would  have a better chance of passing it via reconciliation than hoping ten Republicans would break ranks and vote for it. However, shifting to a 51-vote passage will give more power to moderate Democrat senators such as Joe Manchin of West Virginia and Kyrsten Sinema of Arizona, who have expressed concern with the scope of the bill.