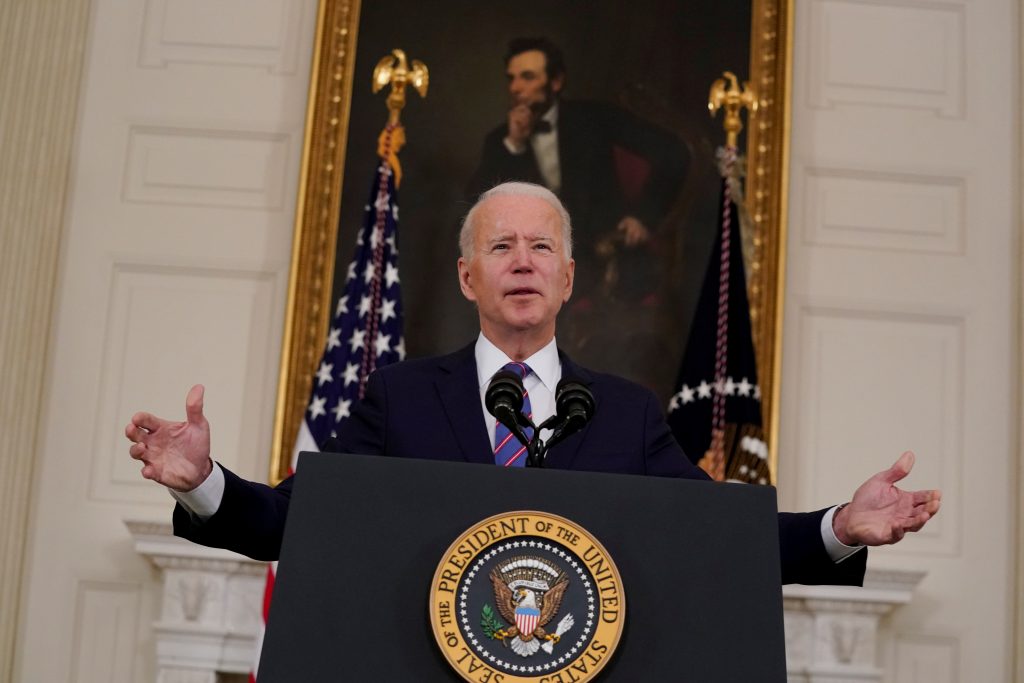 President Joe Biden will announce on Tuesday that the United States has administered 150 million COVID-19 shots since he took office and move up by nearly two weeks a deadline to make the vaccines widely available, according to a person familiar with the matter.

Biden will direct states to widen distribution of vaccines to everyone age 16 and older by April 19, two weeks earlier than the May 1 deadline he announced previously.

The federal government has ramped up the pace of vaccination as it works to end the COVID-19 epidemic. When vaccine doses were in shorter supply, states initially limited distribution to higher-risk groups, such as the elderly and front-line healthcare workers.

Upon taking office in January, Biden set a goal of delivering 100 million shots into people’s arms within his first 100 days in office, which is the end of April. That goal has since been doubled to 200 million shots.

COVID-19 has killed more than 555,000 people in the United States, but more than 167 million vaccine doses have been administered in the country. Four in 10 Americans have had at least one vaccine dose, a rate far ahead of most countries.

The authorized vaccines from Moderna and Pfizer/BioNTech both require two doses, while Johnson & Johnson’s is a one-shot vaccine. The Pfizer vaccine is authorized for those aged 16 and up, while the other two can be given to adults age 18 and older.