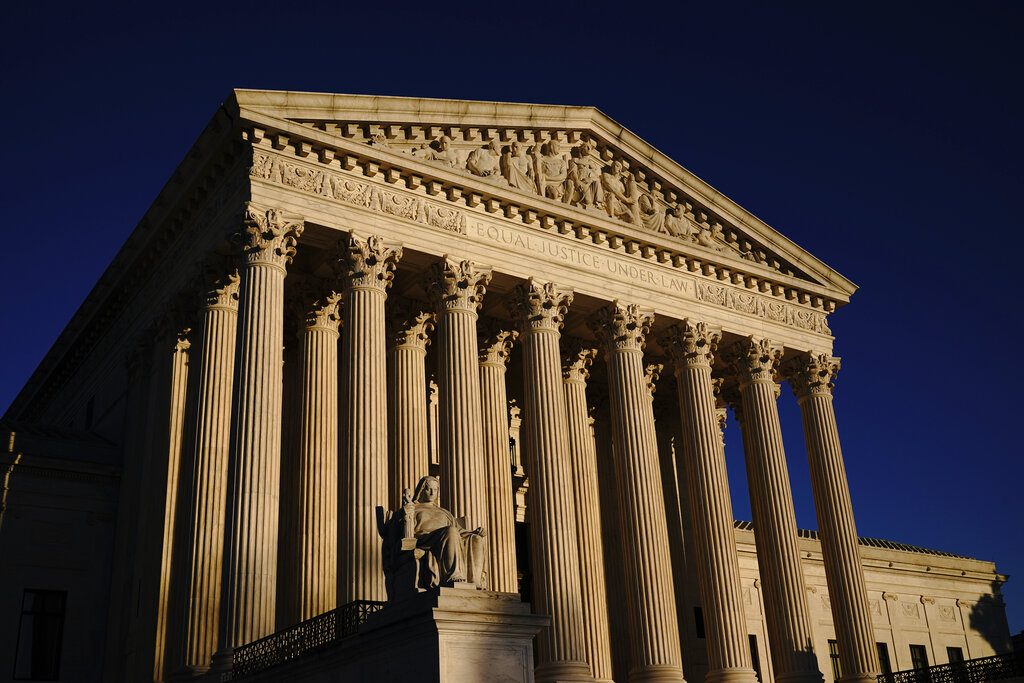 The Supreme Court on Monday dismissed a case over former President Donald Trump’s efforts to block critics from his personal Twitter account.

The court said there was nothing left to the case after Trump was permanently suspended from Twitter and ended his presidential term in January.

The court also formally threw out an appeals court ruling that found Trump violated the First Amendment whenever he blocked a critic to silence a viewpoint.

Justice Clarence Thomas wrote a separate opinion arguing that the bigger issue raised by the case, and especially Twitter’s decision to boot Trump, is “the dominant digital platforms themselves. As Twitter made clear, the right to cut off speech lies most powerfully in the hands of private digital platforms.”

Thomas agreed with his colleagues about the outcome of the case, but said the situation raises “interesting and important questions.”

The case concerned the @realdonaldtrump account with more than 88 million followers and Trump’s argument that it is his personal property. The Justice Department argued that blocking people from it was akin to elected officials who refuse to allow their opponents’ yard signs on their front lawns.

But the federal appeals court in New York ruled last year that Trump used the account to make daily pronouncements and observations that are overwhelmingly official in nature.

The case had been styled Trump v. Knight First Amendment Institute, the group that originally sued to challenge Trump’s decision to block his critics.

But when Trump left office, President Joe Biden replaced Trump in the case’s title, though the new president had nothing to do with the lawsuit.