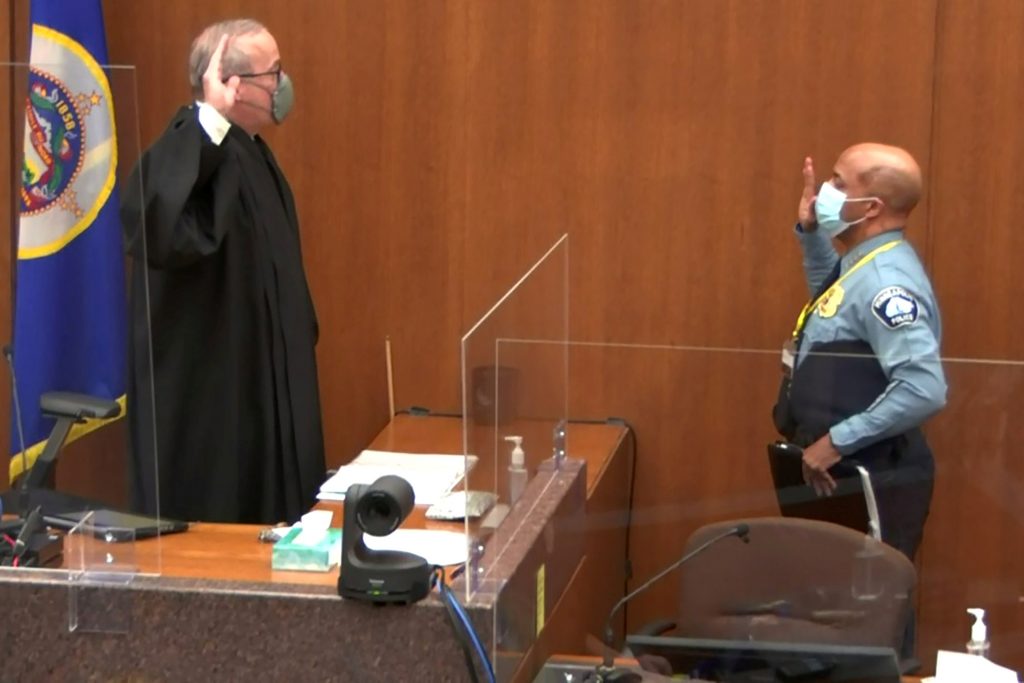 Minneapolis Police Chief Medaria Arradondo testified on Monday in the murder trial of Derek Chauvin for the deadly arrest of George Floyd, where prosecutors sought to undermine the defense claim the former officer followed police training.

In his first hour on the witness stand, Arradondo had not yet been asked to speak directly about the arrest on May 25, 2020, but said that police officers are instructed to treat the people they encounter with dignity and that part of the department’s motto requires officers to serve with compassion.

“To serve with compassion to me means to understand and authentically accept that we see our neighbor as ourselves, we value one another,” he told the jury.

Chauvin, who is white, was caught in widely seen bystander’s videos kneeling on the neck of Floyd, a 46-year-old handcuffed Black man, for more than nine minutes, footage that sparked global protests against police brutality.

Chauvin has pleaded not guilty to murder and manslaughter charges, arguing that he did only what he was trained to do in his 19 years as a police officer.

Here are some important moments from the sixth day of testimony in Chauvin’s trial:

Arradondo, who in 2017 became the first Black person to lead the city’s police force, fired Chauvin and three other officers who were involved the day after Floyd’s death.

He also castigated Chauvin in a statement last year, saying: “This was murder — it wasn’t a lack of training.”

On Monday, a prosecutor asked him to explain to the jury how police officers receive extensive training on how to use force and to reduce tensions.

“We are oftentimes the first face of government our community will see, and we will often meet them at their worst moments,” he told the jury when asked to describe the meaning of the badge the city’s roughly 700 sworn officers wear. “That has to count for something.”

He was asked to read aloud parts of the department’s code of ethics.

“It’s really about treating people with dignity and respect above all else,” he told the jury.

Two paramedics who brought Floyd to the Hennepin County Medical Center after his arrest told Dr. Bradford Langenfeld they had been trying to restart Floyd’s heart for about 30 minutes without success.

Langenfeld, an emergency physician, told the jury he took over Floyd’s care. Asked by prosecutor Jerry Blackwell if the paramedics indicated that they suspected a drug overdose or heart attack, Langenfeld said they did not, indicating that only that Floyd’s heart had stopped beating and that there may have been a delay in starting resuscitation efforts.

“It’s well known that any amount of time that a patient spends in cardiac arrest without immediate CPR markedly decreases the chance of a good outcome,” he told the jury. Medical tests led Langenfeld to think it was unlikely that Floyd suffered a heart attack, he told the jury. The most likely explanation, the doctor said, was asphyxia.