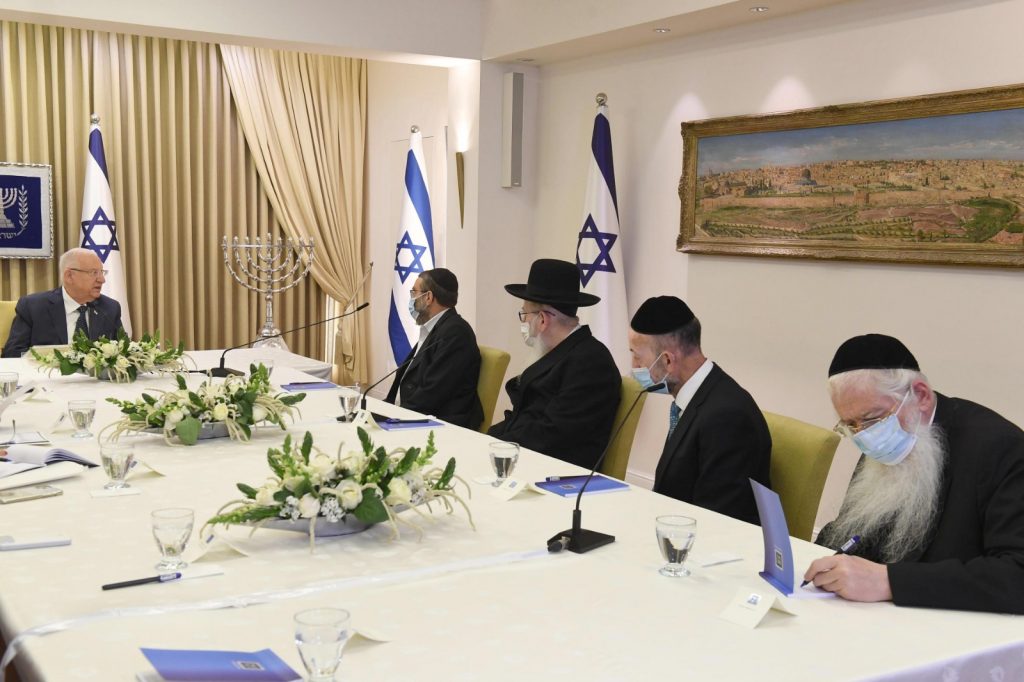 Israel’s confusing jumble of parties began to sort itself out on Monday night as they filed their formal recommendations for prime minister—or as in some cases—declined to do so.

Gideon Saar’s New Hope Party recommended no candidate to President Reuven Rivlin, who has the task of giving the mandate of forming a government to the MK most likely to succeed at it.

Yesh Atid leader Yair Lapid had been hoping for Saar’s vote, and without it Israeli Prime Minister Binyamin Netanyahu‏‏ appeared more likely to be asked first to form a government, according to reports.

But he will struggle to assemble the needed 61 MKs for a majority, and sources in Yamina were quoted as saying that the strategy of Saar and Yamina head Naftali Bennett is to let Netanyahu go first and fail, thereby enabling Bennett a better shot at it.

Yamina recommended its chairman Naftali Bennett. When Rivlin asked who their second choice was, they wouldn’t say, but expressed interest in receiving the next mandate (after Netanyahu fails) to form a government.

“Naftali Bennett has the best chance of forming a government,” Shaked said

When Yesh Atid’s representatives came and argued that Lapid should receive the mandate, Rivlin pointed out that Netanyahu received nearly twice as many votes, according to The Jerusalem Post.

Netanyahu has the support of the 52 MKs of Likud, Shas, United Torah Judaism and the Religious Zionist Party.

After Blue and White said that its eight MKs will endorse Lapid, he will have 45, including MKs Yesh Atid, Yisrael Beytenu, Labor and Meretz.

The Joint Arab List announced that it will not endorse anyone for prime minister.

Leader Ayman Odeh ruled out Netanyahu, but said that he could support Lapid only if he does not ally himself with right-wing parties.