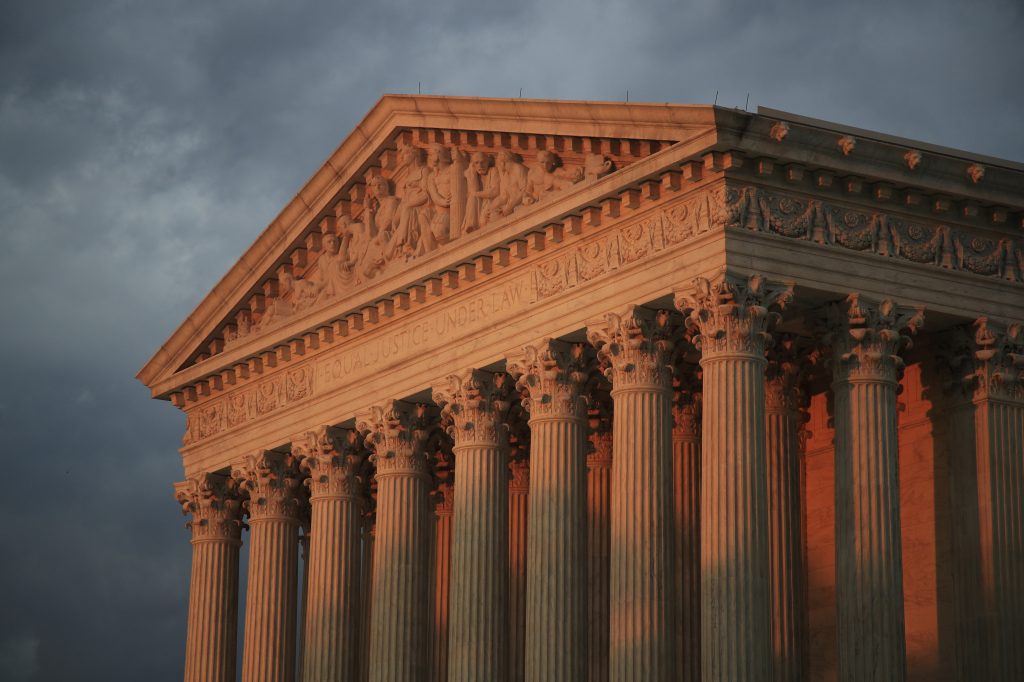 Technology companies sighed with relief Monday after the Supreme Court sided with Google in a copyright dispute with Oracle. The high court said Google did nothing wrong in copying code to develop the Android operating system now used on most smartphones.

To create Android, which was released in 2007, Google wrote millions of lines of new computer code. It also used about 11,500 lines of code copyrighted as part of Oracle’s Java platform. Oracle had sued seeking billions.

But the Supreme Court sided 6-2 with Google, describing the copying as “fair use.” The outcome is what most tech companies — both large and small — had been rooting for. Both Microsoft and IBM were among the industry heavyweights that had filed briefs backing Google in the case. They and others warned that ruling against the Mountain View, California-based company could have profound consequences, stifling innovation and upending software development.

Oracle had won backing from the film and recording industries as well as publishers, which favor expansive copyright protections to protect their profits from books, articles, films, shows and music. The Trump administration had also backed Oracle.

In his opinion for the court’s majority, Justice Stephen Breyer wrote that Google “took only what was needed” and that “Google’s copying was transformative,” a word the court has used “to describe a copying use that adds something new and important.”

Google had said its actions were long-settled, common practice in the industry, a practice that has been good for technical progress. It said there is no copyright protection for the purely functional, noncreative computer code it used, something that couldn’t be written another way. But Austin, Texas-based Oracle argued Google “committed an egregious act of plagiarism.”

The case has been going on for a decade. Google won the first round when a judge rejected Oracle’s copyright claim, but that ruling was overturned on appeal. A jury then sided with Google, but an appeals court again disagreed.

Breyer wrote that in reviewing the lower court’s decision, the justices assumed “for argument’s sake, that the material was copyrightable.”

“But we hold that the copying here at issue nonetheless constituted a fair use. Hence, Google’s copying did not violate the copyright law,” he wrote.

At one point in the decision, Breyer used a recipe-finding robot as part of an analogy to explain how code works. At another point, he invoked a one-sentence short story to acknowledge that copying a small amount could still be significant. Breyer included both the story, originally in Spanish, and its translation: “When he awoke, the dinosaur was still there.”

Justice Clarence Thomas wrote in a dissent joined by Justice Samuel Alito that he believed “Oracle’s code at issue here is copyrightable, and Google’s use of that copyrighted code was anything but fair.”

Only eight justices heard the case because it was argued in October, after the death of Justice Ruth Bader Ginsburg but before Justice Amy Coney Barrett joined the court.

In a statement, Google’s chief legal officer, Kent Walker, called the ruling a “victory for consumers, interoperability, and computer science.”

“The decision gives legal certainty to the next generation of developers whose new products and services will benefit consumers,” Walker wrote.

Oracle’s chief legal officer, Dorian Daley, condemned the outcome. “The Google platform just got bigger and market power greater. The barriers to entry higher and the ability to compete lower. They stole Java and spent a decade litigating as only a monopolist can,” she wrote in a statement.

Oracle’s dogged pursuit of the case had been widely derided by other technology companies as a gross misapplication of copyright law. They argued it threatened to make it more difficult for different computer programs to work together and could stifle innovation among startups that might not be able to pay royalties for a few strands of coding.

The founder of Privacy Lab at Yale Law School, Sean O’Brien, said both amateur and professional software developers will now “sleep a little easier without worrying that innovation and collaboration would be handcuffed by new restrictions.”

The Computer & Communications Industry Association, a major trade group, was among the technology voices celebrating the Supreme Court’s decision. The court decision will also be welcome news to independent software developers, small startups and others who are tinkering with code, said Tiffany Li, a visiting law professor at Boston University.

“This decision probably won’t change how startups and software developers operate. It just kind of confirms how they’ve been operating already,” Li said, adding that if Oracle had won it could have harmed many developers because it would have been contrary to how the community currently functions.