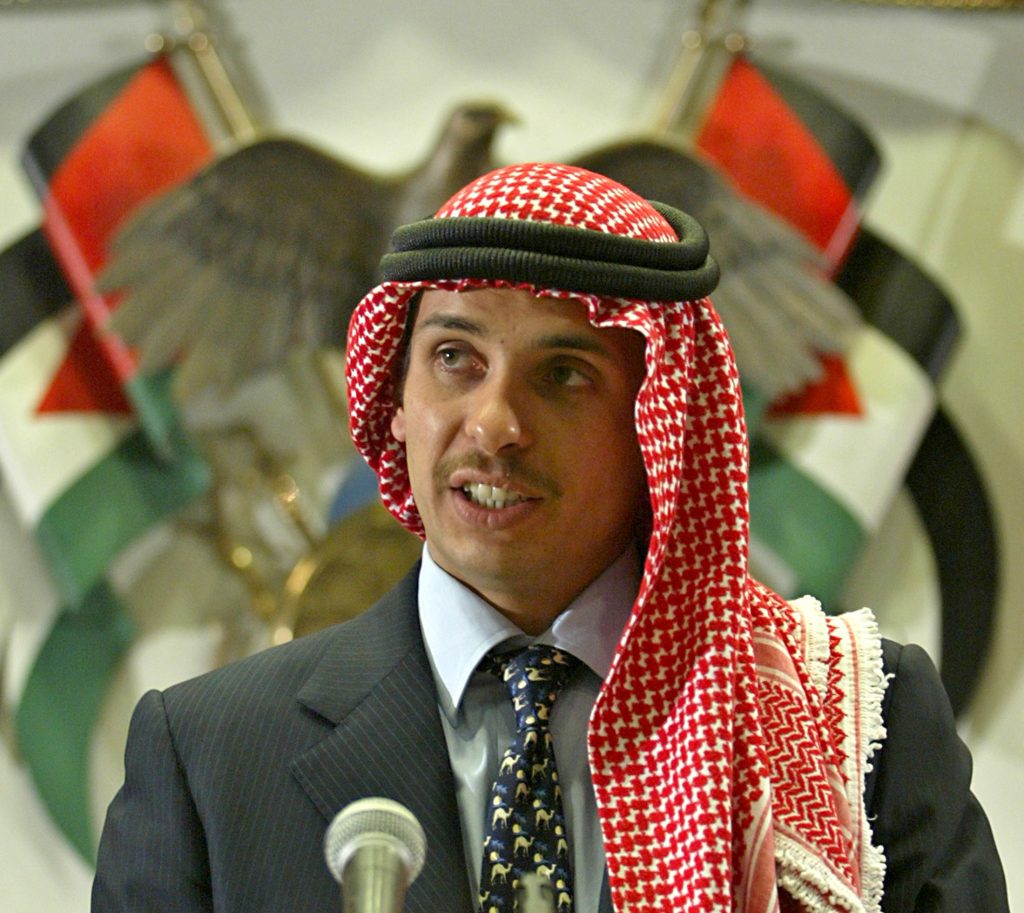 The half-brother and former heir of Jordan‘s King Abdullah, Prince Hamza, liaised with foreign parties over a plot to destabilize the country and has been under investigation for some time, the deputy prime minister said on Sunday.

On Saturday the military said it had issued a warning to the prince over actions targeting “security and stability” in the key U.S. ally. Prince Hamza later said he was under house arrest. Several high-profile figures were also detained.

“The investigations had monitored interferences and communications with foreign parties over the right timing to destabilize Jordan,” Ayman Safadi said in a televised news conference.

These included a foreign intelligence agency contacting Prince Hamza’s wife to organise a plane for the couple to leave Jordan, he said.

“Initial investigations showed these activities and movements had reached a stage that directly affected the security and stability of the country, but his majesty decided it was best to talk directly to Prince Hamza, to deal with it within the family,” he said.

Between 14 and 16 people had been arrested in connection with the plot, Safadi said.

Efforts were underway to resolve the crisis within the royal family, but Prince Hamza was not cooperative, he added. “It’s a break from the traditions and values of the Hashemite family,” Safadi said.

The developments are likely to rock Jordan‘s image as an island of stability in the turbulent Middle East. King Abdullah removed Prince Hamza from his position as heir to the throne in 2004, in a move that consolidated his power.

Although he has been marginalized for years, Prince Hamza has angered the authorities by forging ties with disgruntled figures within powerful tribes.

These people, members of loosely organised groups known as Herak which in addition to their domestic presence represent a vocal opposition based abroad, have recently called for protests against corruption in a country hard hit by COVID-19’s impact on the economy.

Anger with the authorities over worsening living standards has in the past triggered major civil unrest. Jordan suffered its worst recession in decades last year as a result of the pandemic.

Prince Hamza said in a video passed to the BBC by his lawyer that Jordan‘s rulers are corrupt and put their interests above those of the public.

“What Prince Hamza said is repeatedly heard in the homes of every Jordanian,” said Ahmad Hasan al Zoubi, a prominent columnist, on his social media account. “It’s not a secret these same words are used every day in all homes.”

“The authorities should listen to the alarm bells rung from two different sources, from the people and from within the royal family about the real conditions of the country and prevailing corruption.”

Safadi said the security services have asked for those involved in the plot be referred to the state security court.

The state news agency said on Saturday that Bassem Awadallah, a U.S.-educated long-time confidant of the king who later became minister of finance and advisor to Saudi Crown Prince Mohammed bin Salman, and royal family member Sharif Hassan Ben Zaid had been detained, among others.

Jordan‘s neighbors and allies expressed solidarity with King Abdullah over the security measures in the kingdom, an important ally of the United States.

Morocco’s King Mohammed VI held an earlier phone call with the king in which he expressed solidarity and support for the measures, Morocco’s royal palace said on Sunday.

“Praying that truth and justice will prevail for all the innocent victims of this wicked slander,” she wrote on Twitter. “G-d bless and keep them safe.”

Some opposition figures have rallied around Prince Hamza in a move that has displeased the king, officials familiar with the situation said.

But most politicians believe Prince Hamza will be silenced, with little prospect of him posing any threat given that the army and security forces who are the backbone of support for the Hashemite dynasty are firmly behind the monarch.

“I think King Abdullah has confirmed himself in the saddle and his son Hussein has consolidated himself as the heir to the throne,” said Jawad al Anani, who served as the last royal court chief under the late King Hussein. “This is a page turner event.”