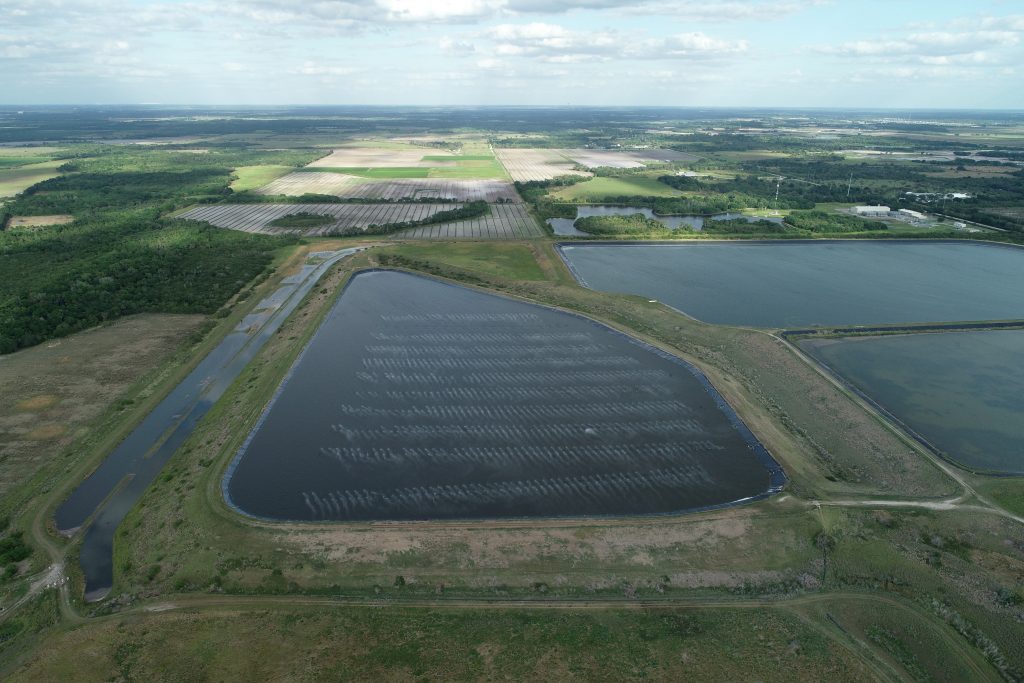 A reservoir of an old phosphate plant where a breach is leaking polluted water into the surrounding area, in Piney Point, Florida, April 3, 2021. (Reuters/Drone Base)Florida Governor Ron DeSantis on Sunday headed for the site of a defunct phosphate plant south of Tampa, where a leak at a waste water reservoir forced the evacuation of hundreds of homes and threatened to flood the area and Tampa Bay with polluted water.

Worsening of a week-old leak in the containment wall of the 480 million-gallon Piney Point waste water reservoir prompted DeSantis to declare a state of emergency over concerns over the possible collapse of stacks of phosphogypsum waste, primarily from fertilizer manufacturing, at the plant.

“Structural collapse could occur at any time,” Jacob Sauer, director of public safety for Florida’s Manatee County, said in a briefing late on Saturday.

Amid the heightened threat, Manatee County Public Safety Department expanded an evacuation order to hundreds of homes in the surrounding area.

“The imminent threat is public health,” Valenstein told the local media. ““We can take care of nutrients in the environment … The bay is resilient.”

Authorities have been trying to drain any remaining polluted water from the property, which is owned by a company called HRK Holdings, to ease pressure on leaking containment walls to avoid a breach and flood.

Using two pipes, 22,000 gallons per minute are being drawn “into a substantial drainage ditch which has conduits underneath two railroad tracks and then empties in a pipe to the seawall,” said Scott Hopes, Manatee County administrator.

At that rate, he said, it will take 10-12 days to drain the water in a controlled fashion “so at least this material stays on Piney Point grounds.”