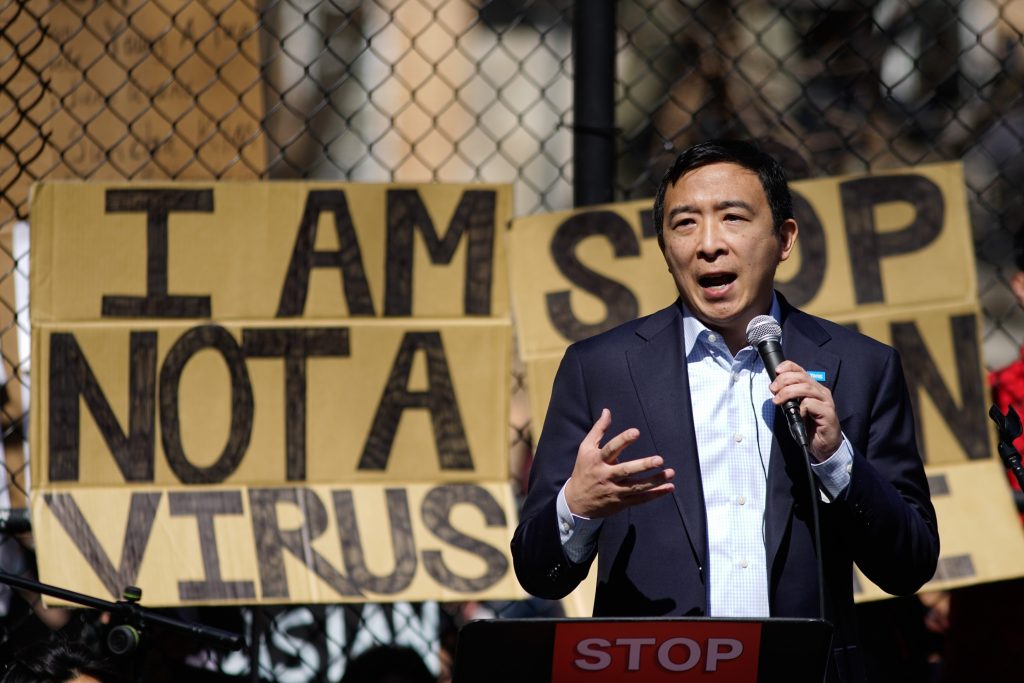 Yang’s co-campaign manager, Chris Coffey, tweeted Friday morning, “After experiencing abdominal pain this morning, @AndrewYang visited an ER where he was diagnosed with what appears to be kidney stone.”

Yang’s Friday events were canceled, “but he looks forward to getting back out on the trail soon,” Coffey wrote.

Shortly after 11 a.m., Yang tweeted that he had been discharged after having experienced “my first (and hopefully last) kidney stone,” and “will now proceed to drink lots of water for the rest of the day.”

This is not the first medical issue to put a halt to Yang’s campaigning: early in February, he contracted COVID-19, and had to cancel in-person campaign events for two weeks. A political newcomer who joined the race months after some other candidates, Yang has made frequent in-person visits to, and walking tours of, neighborhoods across the city since announcing his campaign in January.

Polls have shown Yang consistently leading the rest of the Democratic field.

A survey released March 24 by Fontas Advisors and Core Decision Analytics, shows Yang would receive the first-place vote of 16% of likely Democratic Primary voters, in the first mayoral primary that will use the new ranked-choice voting system. Brooklyn Borough President Eric Adams comes in second with 10%, followed by Maya Wiley, a former counsel to Mayor Bill de Blasio, with 6%, and city Comptroller Scott Stringer with 5%. That poll showed 50% of voters still undecided.

The same day, the Yang campaign released its own poll conducted by Slingshot Strategies, which showed Yang having 25% of first-place support, followed by Adams at 15%, Stringer at 12% and Wiley at 8%, with 18% of voters undecided.

Previous polls released in February and March showed Yang with a double-digit lead, with Adams coming in second.