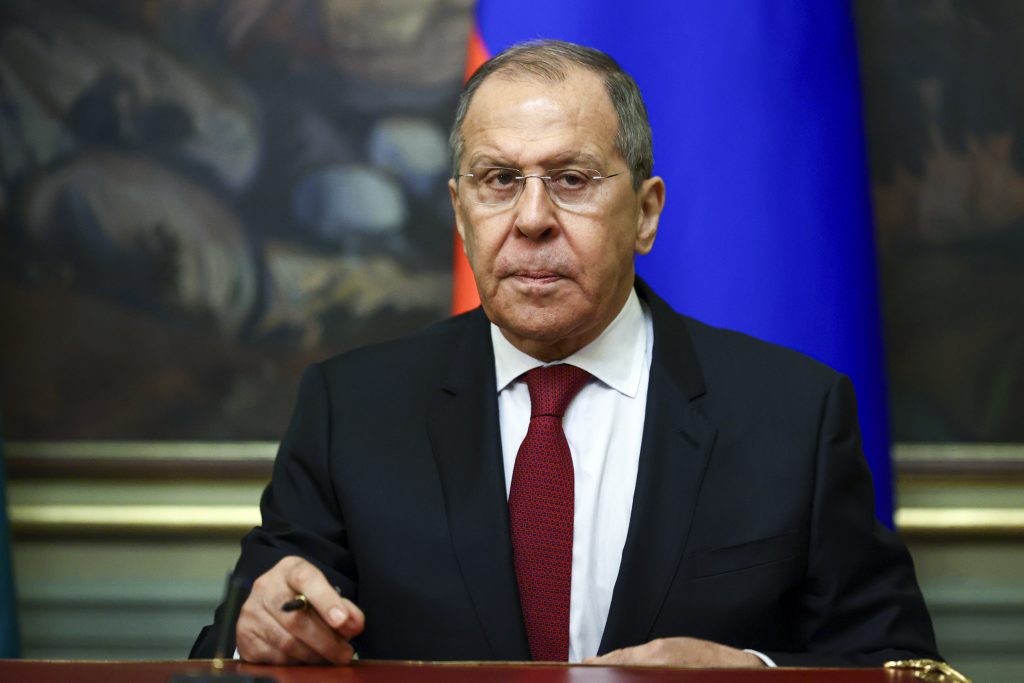 Russia’s top diplomat said Thursday that the country’s relations with the United States and its allies have “hit the bottom” and no date has been set for sending the Russian ambassador back to Washington.

Russia recalled its ambassador to the United States after U.S. President Joe Biden was asked in an interview if thought Russian President Vladimir Putin was a “killer” and replied, “I do.”

Lavrov also voiced regret about Washington’s rejection of Putin’s offer to arrange a quick public call with Biden to help defuse the tension over the remarks.

“The confrontation has hit the bottom,” the Russian minister said in televised remarks. “But on the other hand, there is a hope that they are all grown-up people who realize the risks linked with inciting more tensions. I hope that common sense will prevail.”

Lavrov said it would be up to Putin to decide when Ambassador Anatoly Antonov returns to Washington.

Biden has said the days of the U.S. “rolling over” to Putin are done. And he has taken pains to contrast his approach with that of former President Donald Trump, who avoided direct confrontation with Putin and frequently spoke about the Russian leader with approval.

The Biden administration has warned that Russia would face sanctions soon over the massive SolarWinds hacks and attempts to influence last year’s U.S. presidential election to help keep Trump in the White House.

Russia’s relations with the United States and the European Union already had plunged to post-Cold War lows after Moscow’s 2014 annexation of Ukraine’s Crimea, election meddling, hacking attacks and most recently, the poisoning and imprisonment of Russian opposition leader Alexei Navalny.

“So I’m aware of the comments of the Russian foreign minister. I’m also aware of the backdrop and that is what is important to us. Why we are where we are in terms of the bilateral relationship with Russia,” said U.S. State Department spokesman Ned Price. “It remains true that we continue to look for a stable and predictable relationship with Russia. Just because we have these profound disagreements, just because the relationship is where it is right now doesn’t mean that there aren’t going to be any areas of tactical alignment.”

Lavrov argued that the U.S.-led pressure on Russia “has absolutely no chance for success.” He also blamed the European Union for the collapse of Russia-EU ties, denying that Moscow has ever tried to sow discord among the bloc’s member nations.

“We are interested in the EU being strong and independent,” he said. lamenting what he described as the EU’s eagerness to toe the U.S. policy on Russia.

“We will always be ready to restore our relationship, to raise it from the ashes,” Lavrov said. “But we won’t knock on the closed door.”

Lavrov also rejected the idea of Russia using its energy supplies to EU nations as political leverage. He said Moscow would never cut shipments even if the West moved to step up sanctions on Russia.

“We won’t engage in a situation when we ‘freeze’ EU citizens,” he said.

While pointing at Russia’s increasingly close ties with China, the foreign minister emphasized that Moscow and Beijing have no intention of forging a military alliance or coordinating a joint stance against the West.

“We don’t need a military alliance in the classic sense like NATO,” Lavrov said.