National Paramedic Who Treated Floyd Testify at Chauvin Trial: ‘I Thought He Was Dead’
National 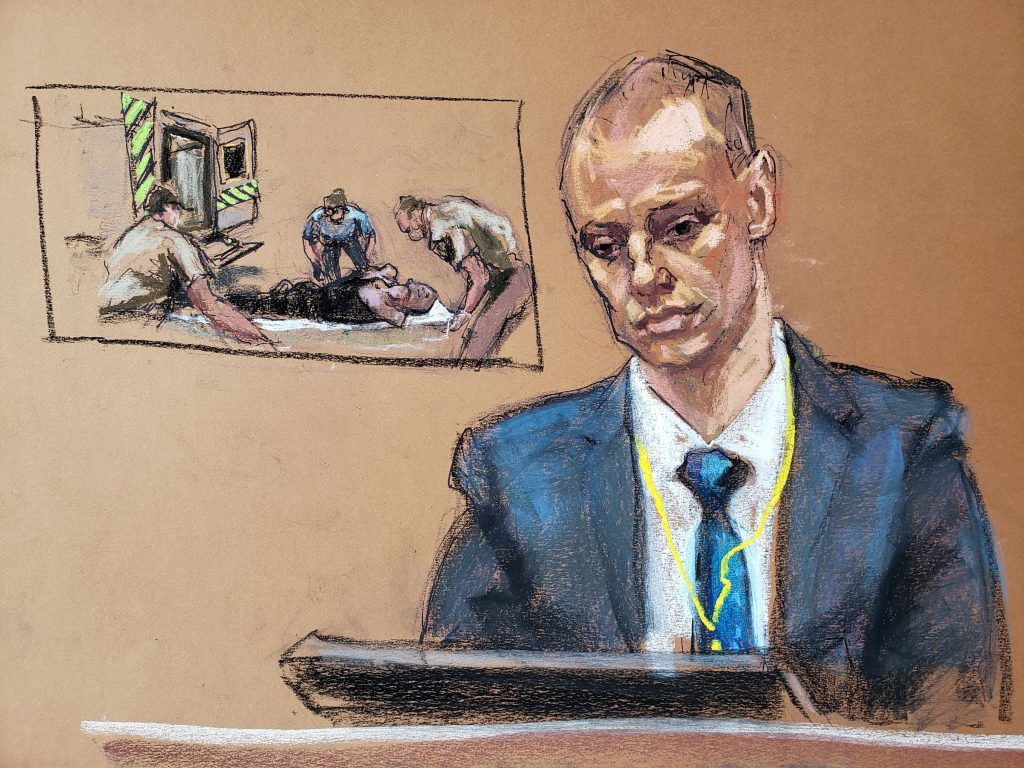 Paramedics who treated George Floyd said he was not breathing and had no pulse when they arrived at the scene of his deadly arrest last May in testimony on Thursday at the murder trial of former policeman Derek Chauvin.

“In lay terms, I thought he was dead,” Derek Smith, one of the paramedics, told the jury. By the time Smith arrived, Chauvin, who is white, had been pressing his knee into the neck of Floyd, a 46-year-old Black man in handcuffs, for about nine minutes, a scene that ignited global protests against police brutality.

Chauvin, 45, has pleaded not guilty to murder and manslaughter charges. In a central dispute of the trial, his lawyers have argued that Floyd’s death, which the county medical examiner ruled was a homicide at the hands of police, was really an overdose caused by the fentanyl found in his blood at autopsy.

Prosecutors from the Minnesota attorney general’s office have told the jury they will hear evidence to contradict this, including testimony from his girlfriend about his drug tolerance, and that Floyd’s drug use is irrelevant to the charges against Chauvin.

Courteney Ross, 45, was the first person who personally knew Floyd to testify in the trial tearfully spoke of their shared struggles with opioid addiction.

“It’s one of my favorite stories to tell,” she said, smiling toward the jury, when asked by a prosecutor how she first met Floyd in August, 2017, at a Salvation Army homeless shelter, where he worked as a security guard.

She was waiting in the lobby to see the father of her son, tired after closing up the coffee shop where she worked. Floyd approached her.

He sensed she felt alone, and offered to pray with her.

“It was so sweet,” she said, dabbing a tissue to her eyes. “At the time I had lost a lot of faith.”

She described how they both began taking prescription painkillers before turning to the black market.

“It’s a classic story of how many people get addicted to opioids,” Ross said. “We both suffered from chronic pain: mine was in my neck, his was in his back.”

“Addiction, in my opinion, is a lifelong struggle,” she said. “It’s not something that comes and goes, it’s something I’ll deal with forever.”

Chauvin’s lead lawyer, Eric Nelson, asked Ross many questions in cross-examination about how the couple got their drugs and an episode where Floyd took himself to a hospital emergency room for what proved to be a non-fatal overdose.

She said she thought Floyd sometimes bought pills from Morries Hall, who was sat in the car next to Floyd in the front passenger seat when police arrived last May.

Nelson has subpoenaed Hall to testify when the defense presents its case, and has told the jury that Hall and a woman in the car would tell them that they saw Floyd swallow two pills before police arrived on May 25 and that he fell into a deep sleep.

Through a lawyer, Hall said he would invoke his constitutional right against self-incrimination if called to testify, and asked Hennepin County District Judge Peter Cahill to quash the subpoena.

Floyd appeared to be not breathing and had no pulse when Seth Bravinder and Derek Smith of Hennepin Emergency Medical Services arrived in an ambulance outside Cup Foods, where Floyd was suspected of passing a fake $20 bill earlier in the evening.

They had to ask Chauvin and other officers to move.

“They were still on top of him,” Bravinder told the jury. His first thought was that some kind of struggle was going on, but it quickly became clear that Floyd was limp.

Smith could not find a pulse, and his pupils were dilated. Bravinder cradled Floyd’s head as they transferred him to a gurney. They stopped two blocks away to continue resuscitation efforts on Floyd. Bravinder saw a flat line on the heart monitor.

Jurors were shown images of paramedics checking Floyd inside the ambulance, congealed blood below his nose and red scrape marks on his left shoulder. The paramedics could not revive him.