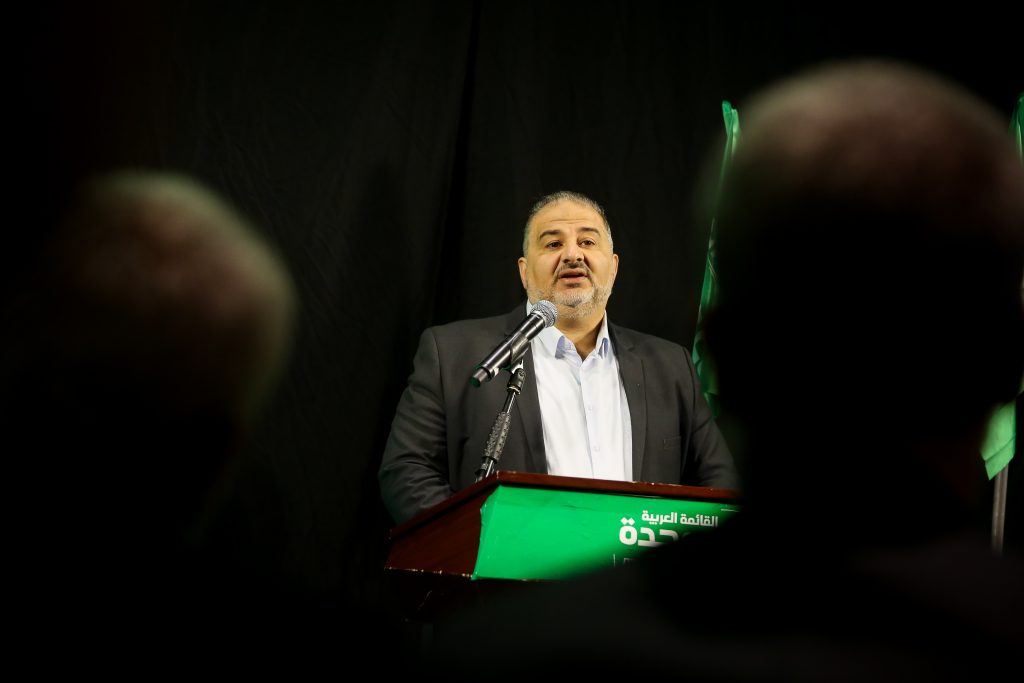 In what had been described in the media as a “widely anticipated speech,” Ra’am chief Mansour Abbas did not deliver what had been hoped for — naming his choice for prime minister.

Abbas, whose four-MK Islamist party could be decisive to the formation of a majority coalition, instead spoke about unity and peaceful coexistence.

“I don’t rule out the right, nor the left,” he said, repeating his post-election motto at an appearance in Nazareth given in Hebrew on Thursday evening. It was carried live by Israeli news channels, and the full text was printed in the media, reflecting Abbas’s sudden leap to prominence as a political kingmaker.

“There is more that unites us than separates us. I extend my hand to create an opportunity for coexistence in this land, which is holy to the three monotheistic religions and both nations.”

He said that he rejected violence against “any person due to their political views or religious or ethnic identity,” adding: “We have committed to sanctifying life and despising violence.”

“If we don’t manage to eradicate racism, we will leave an impossible reality for the next generation,” he concluded. “This is time for change.”

Abbas, who is reportedly being courted by both Prime Minister Binyamin Netanyahu’s Likud‏‏ on the right and Yair Lapid’s Yesh Atid on the left, stated that “I don’t belong to any bloc,” except the “bloc” of Arab citizens seeking a positive change in Jewish-Arab relations.

Yair Levy tweeted, “According to senior sources close to Shas, a one-on-one meeting was held this week between Minister Aryeh Deri, who is currently in the north, and the chairman of Ra’am, Mansour Abbas, in an attempt to bring Abbas to support the right-wing government.

Deputy Minister Yoav Kish of the Likud said that Abbas represents the Arabs who want to live in peace with Israel.

Israeli journalist Moran Azulai reported that Netanyahu called Betzalel Smotrich after Abbas’ speech, but the chairman of Religious Zionism did not answer him tonight.

Itamar Ben Gvir, the leader of the extremist Otzma Yehudit faction of the Religious Zionism party, dismissed the speech as a phony attempt at conciliation.

“Mansour Abbas’s speech tries to present as a ‘cuddly teddy bear’ someone who belongs to the Islamic Movement, supports Hamas and sanctifies murderers of babies,” he said in a statement.

“Any coalition propped up by Abbas would be the end of the right wing, and we have no public mandate to do that,” he said, referring to reports that Likud officials have been seeking a deal for Ra’am’s support to attain a governing majority.

Labor chairwoman Merav Michaeli invited Abbas to “come with us, so that together we can change the reality,” according to Ynet.

“We needed corona and political collapse in order that, after 28 years of incitement by Netanyahu and the right, it should become clear that the Arab society is a part of Israeli society,” she added.

Supporters of Likud held a rally opposite Naftali Bennett’s residence calling on him not to join in establishing a government with the left.