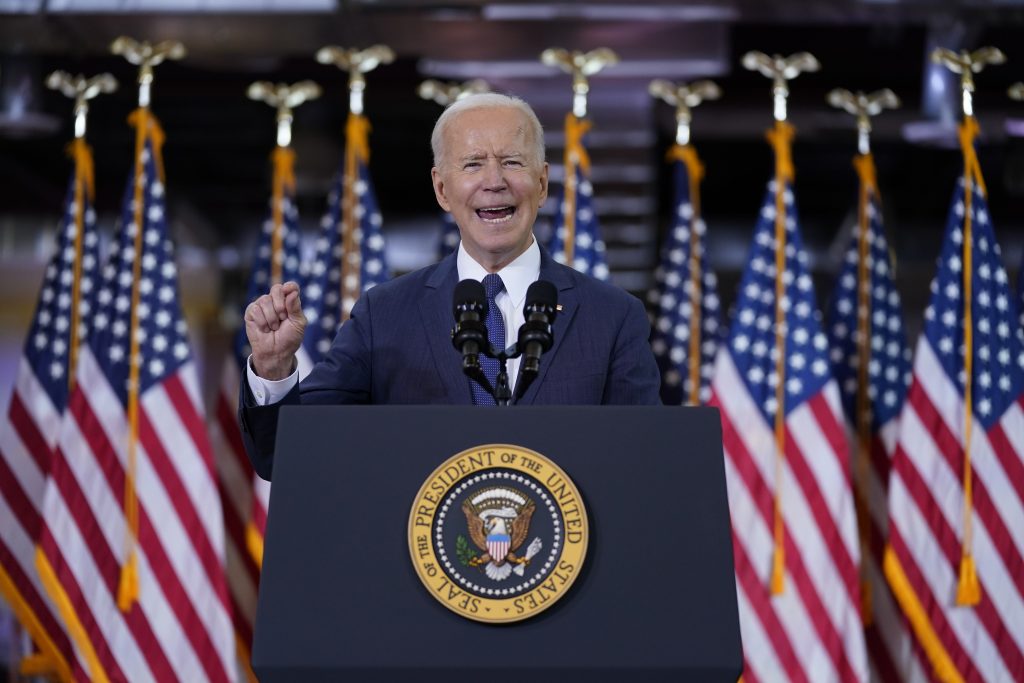 The Biden administration is quietly ramping up assistance to the Palestinians after former President Donald Trump cut off nearly all aid. Since taking office with a pledge to reverse many of Trump’s Israeli-Palestinian decisions, the administration has allocated nearly $100 million for the Palestinians, only a small portion of which has been publicized.

The administration announced last Thursday that it was giving $15 million to vulnerable Palestinian communities in Yehuda and Shomron and Gaza to help fight the COVID-19 pandemic. A day later, with no public announcement, it notified Congress that it will give the Palestinians $75 million for economic support, to be used in part to regain their “trust and goodwill” after the Trump-era cuts.

The State Department declined to comment on the notification, and it wasn’t clear if the $75 million includes the $15 million in pandemic aid. Nevertheless, the funding plan represents a major shift in U.S. policy.

The administration has made no secret of its belief that Trump’s approach, which alienated the Palestinians, was flawed and made prospects for peace less likely. The new assistance appears aimed at encouraging the Palestinians to return to negotiations with Israel, though there is no indication it will have that effect and Israel’s response has yet to be gauged.

A copy of the March 26 congressional notification from the State Department and U.S. Agency for International Development was obtained by The Associated Press, just hours after the nonpartisan Government Accountability Office issued a report that found USAID had not properly vetted all of its Palestinian funding recipients for U.S. antiterrorism criteria as required by law.

Under U.S. law, the United States may not provide aid to the Palestinian Authority or fund projects it would benefit from as long as the authority pays stipends to the perpetrators and families of those convicted of anti-Israel or U.S. attacks. Such payments were one reason the Trump administration cut off aid. Although none of the assistance is to be provided to the Palestinian Authority, pro-Israel lawmakers, many of them Republicans, are likely to raise objections.

The GAO based its findings on a review of aid provided to the Palestinians between 2015 and 2019, when Trump severed most of the aid. While it said that USAID had followed the law with respect to people and groups it funded directly, it had not done the same with entities, known as sub-grantees, to which those groups then distributed taxpayer dollars.

“If funding resumes, we recommend measures to improve compliance,” said the GAO report, which was released late Monday.

According to USAID’s congressional notification, funding has either resumed already or will shortly as much of the $75 million is intended for urgent short-term projects aimed at quickly rebuilding U.S.-Palestinian relations, which had soured during the Trump administration. The notice said the money may start to be spent on April 10.

“Given the absence of USAID activity in recent years, engaging civil society actors will be critical to regaining trust and goodwill with Palestinian society,” the notification said, explaining the rationale for providing $5.4 million to Palestinian civic groups, including possibly independent media.

Other areas identified for USAID funding include the health-care sector and the resumption of assistance to the East Yerushalayim Hospital Network that Trump had cut off, sanitation, water supply and transportation infrastructure, social services and job training for Palestinian youth, micro-loans and grants for small businesses as well as disaster preparedness.

In a bid to forestall expected questions and criticism from lawmakers who supported Trump’s aid cuts, USAID sought to assure Congress that it would ensure all legal criteria for providing the money would be met.

“USAID adheres to rigorous partner antiterrorism vetting and certification, auditing, and monitoring procedures to help ensure that its assistance does not go to Hamas or other terrorist organizations,” the notice said.

In announcing the $15 million in COVID-19 assistance, U.S. Ambassador to the United Nations Linda Thomas-Greenfield said it was “one piece of our renewed commitment to the Palestinian people,” but she did not elaborate.

Thomas-Greenfield reiterated Biden’s support for a two-state solution and said “the United States looks forward to continuing its work with Israel, the Palestinians, and the international community to achieve a long-sought peace in the Middle East.”