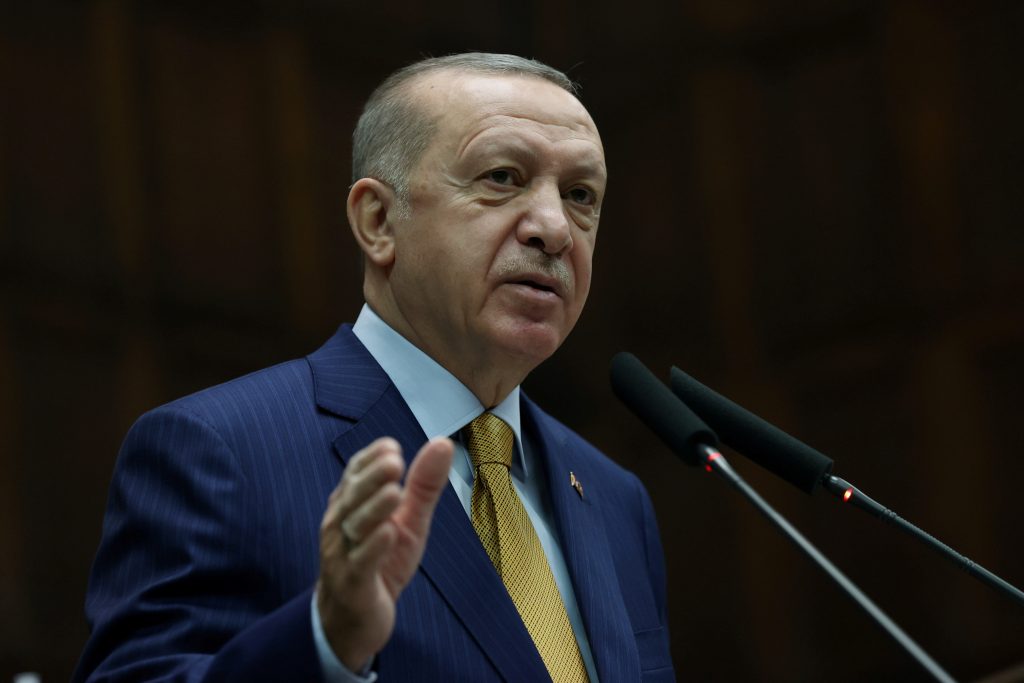 Turkey on Monday informed Israel that it is ready to dispatch an ambassador to Tel Aviv once the Israeli government commits to simultaneously reciprocating the measure, a senior Turkish official told Yisrael Hayom. The main point of contention between the two former allies remains the presence of senior Hamas officials on Turkish soil.

Following years of contentious relations, Turkey recently altered its foreign policy toward the region in general and Israel in particular. In December, Turkish President Recep Tayyip Erdogan declared that “Turkey wants to improve its relations with Israel. Our intelligence cooperation with Israel is ongoing.” This occurred some three weeks after his close confidant, former Admiral Cihat Yayci, proposed a shared maritime border deal with Israel, which was first reported by Israel Hayom.

The trend continued earlier this month, when Dr. Hakan Yurdakul, a board member of the Turkish Presidency’s Committee for Economic Policies, attended a European Jewish Parliament conference focusing on a renewed agenda between the former allies.

Israel is not the only country in the Middle East with which Ankara wants to rehabilitate and normalize relations. In Ankara’s efforts to normalize ties with Cairo, Turkish authorities on March 20 ordered Istanbul-based news channels affiliated with the Muslim Brotherhood to immediately stop airing criticism of Egypt. This could indicate that if Israel agrees to restore relations with Turkey, Erdogan’s government could work, to some extent or another, to remove or stifle the senior Hamas leaders residing in Istanbul. Hamas is an offshoot of the Muslim Brotherhood.

Contrary to Cairo’s official denial of rapprochement with Turkey, meanwhile, Prime Minister Binyamin Netanyahu, while speaking at a Likud campaign event in Bat Yam on March 10, confirmed Israel was “engaged in talks with Turkey” about natural gas in the eastern Mediterranean Sea. At the event, the prime minister also noted Israel was holding fruitful talks with Egypt, Greece and Cyprus on the issue of exporting gas to Europe.

“Turkey and Israel never severed their diplomatic ties, despite all the negative events over the years,” Karel Valansi, a political analyst for the T24 Turkish online newspaper, told Yisrael Hayom. “Both countries have managed to separate economics and politics, and have helped one another on humanitarian issues. The channels of dialogue are always open, such that it’s not easy for either country to give up on their relationship. With that, the relationship has suffered considerably, meaning political will and trust-building measures are needed” for it to be rehabilitated,” she said.

“Bilateral relations between the countries have always been sensitive in regards to the Palestinians,” Valansi added. “At the same time, the personal hostility between the two leaders is another limitation.”

As for Turkey’s foreign policy, Valansi said, “Turkey’s growing isolation in the region and its strained relations with the United States are the catalysts for Ankara’s proposals to normalize relations with other countries in the region, including Israel.”

According to Valansi, “Israel won’t ignore an opportunity to rehabilitate relations with Turkey, but it wants certainty as it pertains to Turkey’s intentions. Turkey used to be a vital economic, diplomatic and defense partner for Israel. With that, the situation today is different. While Turkish-Israeli relations have declined, Israel has strengthened its relations with many other countries in the Middle East and the Persian Gulf. Ankara’s support for Hamas, its growing interest in Jerusalem and its foreign policy shifts all mean Israel must act with caution.”

Dr. Hay Eytan Cohen Yanarocak, an expert on contemporary Turkish politics and foreign policy, told Yisrael Hayom: “The question isn’t whether Turkey wants to normalize relations with Israel or not, it’s whether it needs to – and it does. Turkey’s immediate interests require immediate alterations to its foreign policy regarding the eastern Mediterranean and Syria. Iran’s influence in the region is growing and Turkey wants to curb this influence in Syria, just as Israel does. Meanwhile, Turkish-US relations are deteriorating by the day. Therefore, Ankara needs Jerusalem as a ‘bridge’ to Washington in order to alleviate the pressure from the Biden administration.”

As for the obstacles in the way of normalization, Yanarocak said Turkey’s support for Hamas remains the most serious. “But it’s not an impossible task – Turkey can take the necessary steps to meet Israel’s demands on this matter. I think what happened with the Muslim Brotherhood could also happen with Hamas. However, the steps against the Muslim Brotherhood were only preliminary. Turkey can take significant steps to convince Israel its intentions are honest.”