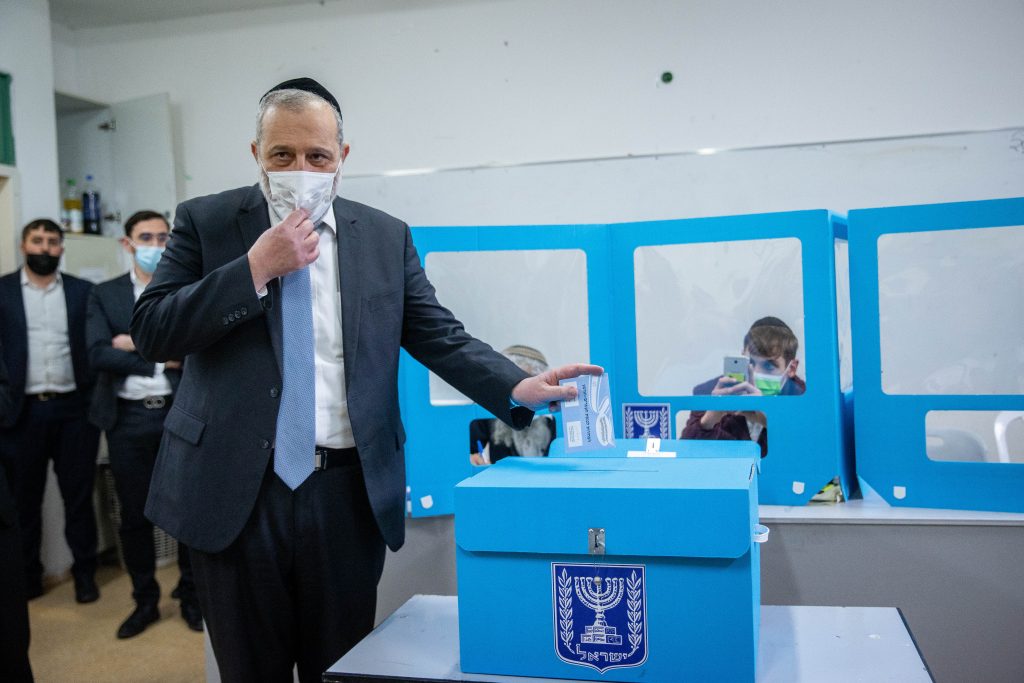 The United Arab List (Ra’am) has not closed the door on talks with the Likud, and the Shas party leader Rabbi Aryeh Deri is acting as a go-between, Yisrael Hayom reported Tuesday.

Despite a meeting between Yesh Atid chair MK Yair Lapid and Ra’am chairman MK Mansour Abbas, Ra’am has emphasized that it “is not ruling anyone out.”

UAL has so far refused to reveal who it will recommend for the position of prime minister, and it is still possible that the list will refuse to recommend any of the candidates.

Abbas told Yisrael Hayom: “We were and remain consistent throughout everything. We are willing to speak with anyone who accepts our principles and who will provide what we demand. There is a lot to do and to deal with in Arab society. First and foremost, we must deal with the rising crime [in the Arab sector] – and that is what our voters expect of us. That is why we received our Knesset seats and the faith of the public who voted for us.”

According to sources close to Abbas, over the past few days secret talks have been held between Abbas and Deri, in attempts to find a way to allow the UAL to support a right-wing coalition from the outside. According to the sources, Deri and Abbas have a good relationship, and their parties have worked together in the past. However, just like nothing has been finalized with Yesh Atid, nothing has been finalized between UAL and the Likud.

“The quiet over the past few days from the Likud and sources on the Right regarding everything that has to do with cooperation with the UAL is not a coincidence,” the sources told Yisrael Hayom. “There are intensive negotiations, and drowning out background noise is very helpful.”

UAL has not ruled out the possibility of fifth elections, but Nazareth Mayor Ali Salem, who is close to Abbas, believes that the UAL would prefer to support a Likud-led coalition rather than go to new elections.