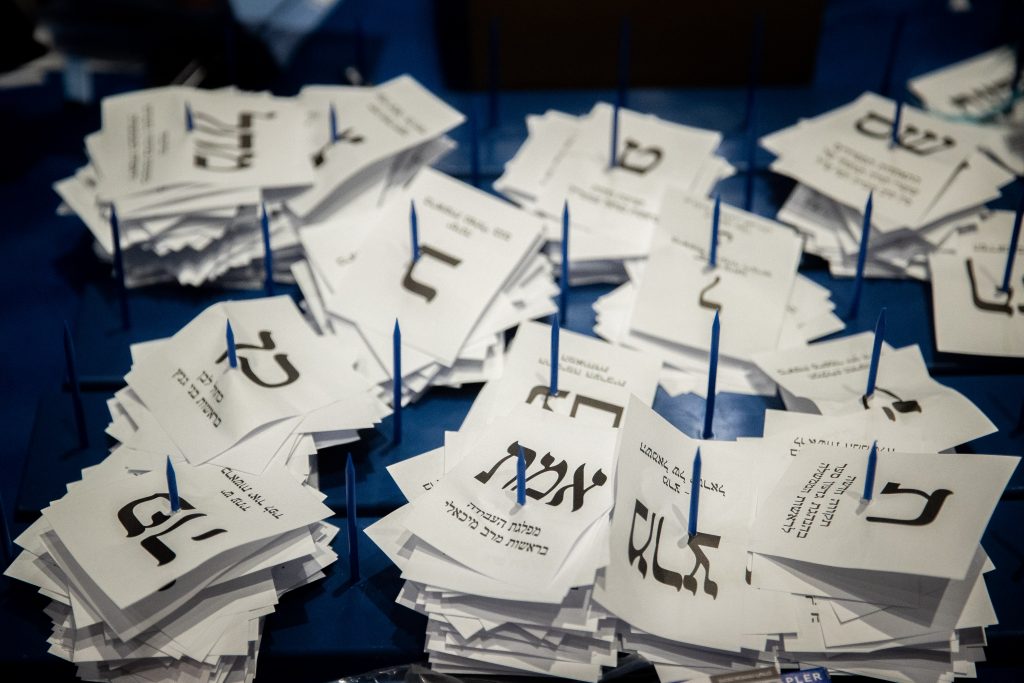 The likelihood of a fifth election in Israel appeared to grow as exclusionism proliferated among the party leaders, threating to eliminate coalition possibilities even before recommendations for prime minister have been submitted to President Reuven Rivlin.

New Hope leader Gideon Saar and Yamina head Naftali Bennett both said on Monday they will not sit in a coalition backed by Arab parties, thereby nullifying almost any coalition formula, since both the Likud-led right-religious bloc and the Yesh Atid-led center-left bloc would probably fall short of the 61-MK majority without them.

Even if Bennett would join Netanyahu’s Likud, Saar, who told the world that he left Likud because of Netanyahu, has stated repeatedly that he won’t enter a coalition with him. Thus, even if Mansour Abbas’s United Arab List (Ra’am) party would be willing to make a deal with Likud, it would not furnish Netanyahu with 61 MKs.

While Saar and Bennett have been busy closing off options, Abbas was assiduously keeping them open, saying again that he will meet with both sides to discuss cooperation. UAL was reportedly in “secret talks” (not secret any more) with Shas about joining Netanyahu.

After a meeting with Abbas on Tuesday, Gantz tweeted, addressing Abbas: “Bibi is using you. [As soon as the government is sworn in], “he will renege on all commitments he gave you, he will dismantle every letter in the coalition agreement,” Gantz wrote.

Such warnings may be superfluous. For, at the same time, Sha’a Mansour Massarwa, Ra’am’s lead negotiator, told Army Radio that his party remains adamant about its refusal to sit in a government with Religious Zionism leader MK Bezalel Smotrich or with Itamar Ben Gvir, a Kahanist member of RZ.

The feeling is mutual. Smotrich has already said he wouldn’t partner with Ra’am, even if they only supported the government from the outside, meaning without taking any ministerial posts.

Another stumbling block is Bennett’s reported position that he will only join a government that is not led by Netanyahu if he himself leads it. This might explain why there has been virtually no contact between Yair Lapid, the head of the second largest party with 17 seats, and Bennett, who has only 7.

The Kan public broadcaster noted that “Yesh Atid wants a ‘Jewish democratic’ government — which means no Balad (of the Joint List) and no United Torah Judaism. Yamina has said it won’t sit with Meretz, and afterward said it would not be under [Yair] Lapid, and also promised not to be in a government supported by Arabs. Good luck to all.”

If so, it rather deflates the display of flexibility by Meretz, whose MK Tamar Zandberg told 103FM that they’re not ruling out supporting Bennett or Saar as prime minister.

“It is very natural for us to recommend Lapid,” she said. “Bennett and Saar? We are not ruling out options that we may not have imagined before.”

In an attempt at forging unity, Blue and White leader Benny Gantz called for meeting with Lapid, Bennett, Saar and himself to try and bridge their differences.

“I’ve called upon the leaders of the pro-change bloc to sit down as soon as possible so that we can get an honest government in place and end the Netanyahu era,” Gantz said.

“When I meet with them, I will tell them that it is okay to have principles, but it is also necessary to display the flexibility needed to enable the formation of a government and the replacement of Netanyahu.”

That’s the situation, what The Times of Israel’s Joshua Davidovich dubbed “the bloc-less monster.”

Unless they are multiple climbdowns, a fifth election in something over two years, once unthinkable, would seem unavoidable.