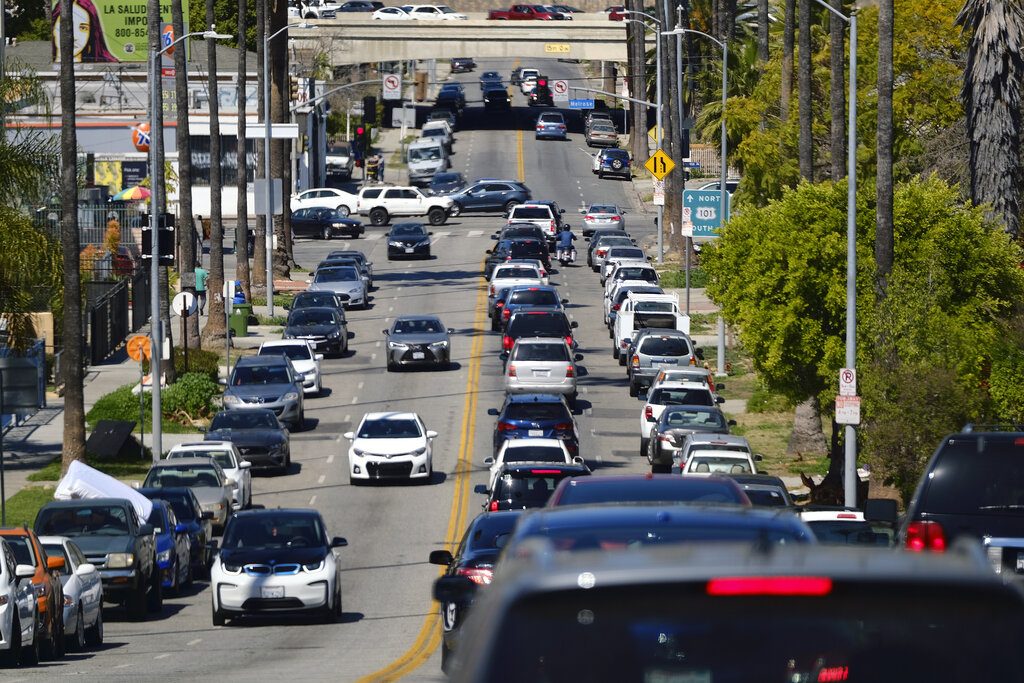 Americans may be rounding a corner — literally — in their response to the coronavirus pandemic.

The number of daily passenger vehicle trips has hit a major milestone, reaching pre-pandemic levels for the first time in a year, according to data provided to The Associated Press by the transportation analytics firm Inrix, with Americans driving more often and farther than at any time since pandemic lockdowns were invoked.

The rise in vehicle travel comes amid other encouraging health and economic indicators. Consumer spending and manufacturing have been picking up.

Employers have been adding workers. Governors have been easing restrictions on indoor dining and social gatherings. More auto fuel is being purchased. The winter peak in COVID-19 cases has receded. And more than one-fourth of Americans have received at least one dose of a vaccine.

In general, “higher travel is reflective of a good economy,” said Tim Lomax, a research fellow at the Texas A&M Transportation Institute. “They are traveling for a purpose, whether that’s a job, retail or school.”

Last spring, many vehicles got parked for an extended stay as governors and mayors issued stay-at-home orders, schools went virtual and work sites shifted from offices to homes as a precaution intended to slow the spread of the coronavirus. Passenger vehicle miles traveled plunged to almost half their pre-pandemic levels nationally, and declined even more in some of the largest cities with the greatest restrictions.

Passenger vehicle miles traveled have been climbing upward this month, reaching 112% of their pre-pandemic levels during the week ending March 19, according to Inrix, which compiles passenger vehicle traffic data from anonymous GPS signals, such as from cellphone apps.

Traffic also is rebounding in some of the nation’s largest cities, though more so on weekends than weekdays and not yet back to pre-pandemic levels.

Passenger vehicle miles traveled fell last April to around 40% of pre-pandemic levels in Washington, D.C. That rebounded to around 90% or greater the first three weekends of March, though it was still lower during weekdays.

Passenger vehicle miles hit 99% of their pre-pandemic levels in Los Angeles on March 21 after falling to well below half their norm in late March 2020.

In New York City, they exceeded 90% of their previous levels on March 20-21; they were around one-third the normal a year ago.