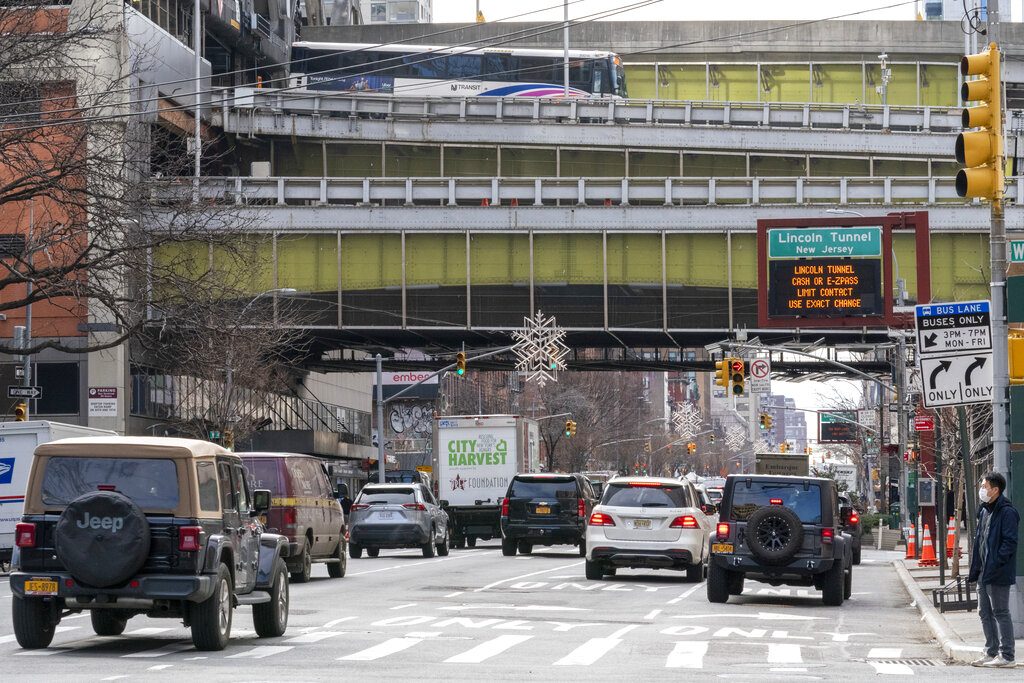 New York received a key approval Tuesday to move ahead on a long-delayed plan to charge motorists an additional toll to enter Manhattan’s core, a move aimed at reducing congestion and raising money for public transit systems.

If the plan is implemented, New York would become the first U.S. city to use so-called congestion pricing — following in the footsteps of London, Singapore, Stockholm and other cities.

New York would use the revenue, estimated at about $1 billion annually, to issue bonds to fund $15 billion in capital improvements over the next four years to refurbish an aging and underfunded subway and bus system whose revenues have plunged during the pandemic.

The state Legislature approved a conceptual plan for congestion pricing two years ago and it was initially projected to be in place by early this year.

But the pandemic and a lack of guidance from federal regulators on the type of environmental review that was required combined to stall the project.

In a letter Tuesday, the Federal Highway Administration notified local officials that an environmental assessment will be required that will include a public comment period.

Metropolitan Transportation Authority Chairman and CEO Patrick Foye said in a statement, “It’s more important than ever that our region has a strong and robust MTA to help power the economic recovery from this unprecedented crisis, and as traffic returns to pre-pandemic levels we must tackle congestion.”

Numerous details still need to be finalized, including the price of tolls, how they’re collected and which vehicles might be exempted or receive discounts.

The tolls are expected to be levied in an area from the southern border of Central Park to Battery Park at the bottom of Manhattan. Several hundred thousand vehicles per day entered that section of Manhattan during pre-pandemic times, a city study estimated.

The plan has drawn some opposition, notably from lawmakers representing New Jersey, where residents driving into New York already pay as much as $16 in cash to cross the Hudson River.

At a news conference at the George Washington Bridge shortly after the Legislature passed the plan in 2019, they called it “poorly conceived” and “a raw deal.”