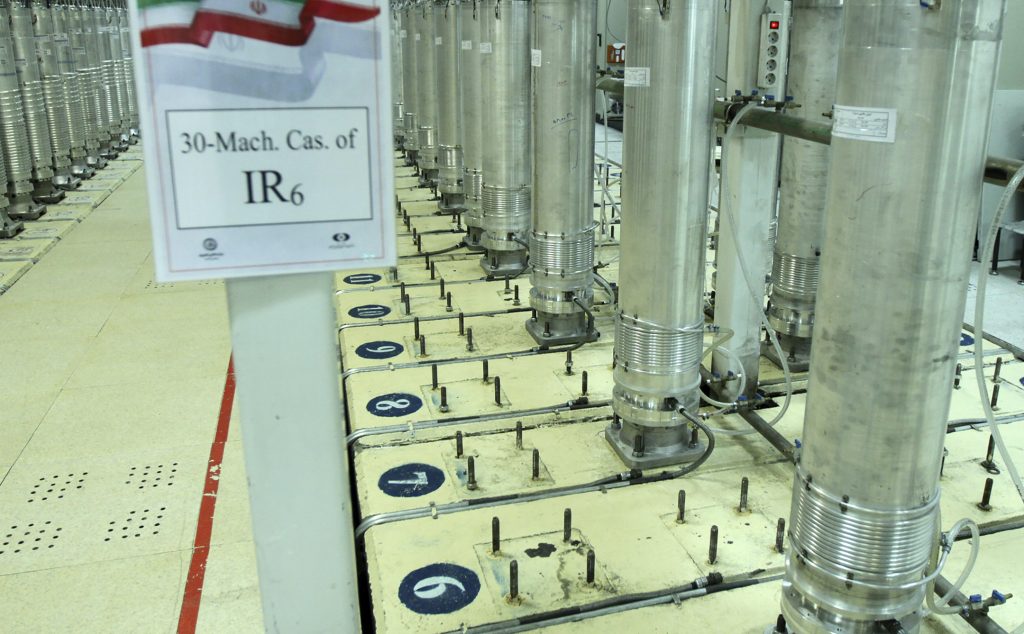 Iran will not stop its 20% uranium enrichment before the United States lifts all sanctions, Iranian state media quoted an unnamed official as saying on Tuesday, after a U.S. media report said Washington would offer a new proposal to jump-start talks.

The Biden administration has been seeking to engage Iran in talks about both sides resuming compliance with the 2015 nuclear deal. The agreement removed economic sanctions on Tehran in return for curbs on Iran‘s nuclear program to make it harder to develop a nuclear weapon – an ambition Tehran denies.

A senior Iranian official told Press news channel that Tehran will stop its 20-percent uranium enrichment only if the U.S. lifts ALL its sanctions on Iran first.

“The official said Tehran will further reduce its commitments under the 2015 nuclear deal if the U.S. does not lift all sanctions, warning that Washington is rapidly running out of time,” it added.

Separately, Iran‘s United Nations mission tweeted: “No proposal is needed for the U.S. to rejoin the JCPOA (nuclear agreement). It only requires a political decision by the U.S. to fully and immediately implement all of its obligations under the accord…”

Politico earlier reported a U.S. proposal, the details of which it said are still being worked out, would ask Iran to halt some of its nuclear activities, such as work on advanced centrifuges and the enrichment of uranium to 20% purity, in exchange for some relief from U.S. economic sanctions.

Iran, after waiting more than a year, retaliated by violating some of the pact’s nuclear restrictions, including a 3.67% limit on the purity to which it can enrich uranium.

The odds any progress to revive the deal before Iran holds a presidential election in June have dwindled after Tehran opted to take a tougher stance before returning to talks, officials have said.