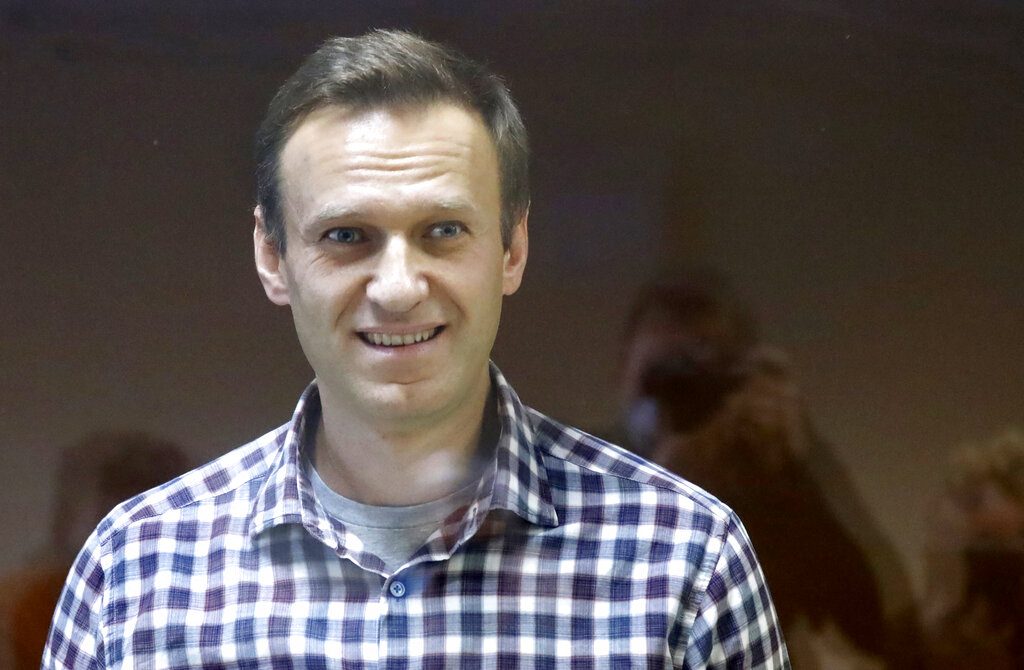 Russian opposition leader Alexei Navalny has accused prison authorities of failing to provide proper treatment for his back pain and leg problems, saying in a letter posted Thursday that his physical condition has worsened in prison and he now has trouble walking.

Navalny blamed his health problems on prison officials failing to provide the right medicines and refusing to allow his doctor to visit him behind bars. A copy of the letter to penitentiary officials and Russia’s top prosecutor was posted on Navalny’s website.

The 44-year-old Navalny, who is President Vladimir Putin’s most outspoken opponent, was arrested on Jan. 17 upon his return from Germany, where he spent five months recovering from a nerve-agent poisoning that he blames on the Kremlin. Russian authorities have rejected the accusation.

Last month, Navalny was sentenced to 2 1/2 years in prison for violating the terms of his probation while convalescing in Germany. The sentence stems from a 2014 embezzlement conviction that Navalny has rejected as fabricated — and which the European Сourt of Human Rights has ruled to be unlawful.

“My condition has worsened. I feel acute pain in my right leg, and I feel numbness in its lower part,” Navalny wrote in the letter. “I have trouble walking.”

He said that the authorities have given him standard pills and ointment for his pain, but refused to accept medicines earlier prescribed by his doctor.

He accused prison officials of undermining his health with a “deliberate denial of due medical assistance.”

But Navalny’s lawyer, Olga Mikhailova, said Thursday after visiting him in prison that “his right leg is in terrible shape.”

Mikhailova said on Dozhd TV that Navalny was taken to a hospital outside his prison on Wednesday for magnetic resonance tomography but wasn’t given the results.

She said Navalny had experienced back pain for four weeks, but prison officials also would not permit a visit by his doctor. The lawyer argued that authorities should transfer Navalny to Moscow so he could get better treatment.

Earlier this month, Navalny was moved to a prison colony in Pokrov in the Vladimir region, 85 kilometers (53 miles) east of Moscow. The facility stands out among Russian penitentiaries for its particularly strict regime that includes routines like standing at attention for hours.

Navalny, whom prison authorities had earlier marked as a flight risk, said he was subject to particularly close oversight, including a guard waking him up every hour at night and filming him to demonstrate he is in the required place.

Navalny’s arrest in January triggered a wave of protests that drew tens of thousands of participants across Russia. Authorities detained about 11,000 people, many of whom were fined or given jail terms ranging from seven to 15 days.

Navalny’s associates called earlier this week for another mass protest across the country to demand his release from prison. They urged Russians to sign up for a protest on an interactive map and said they would set a date for it when the number of people willing to take part reaches at least 500,000 nationwide.

More than 250,000 have registered on a dedicated website since it opened Tuesday.

Russian officials have rejected demands from the United States and the European Union to free Navalny and stop the crackdown on his supporters.