National Blinken: West Needs to Cooperate More Than Ever
National 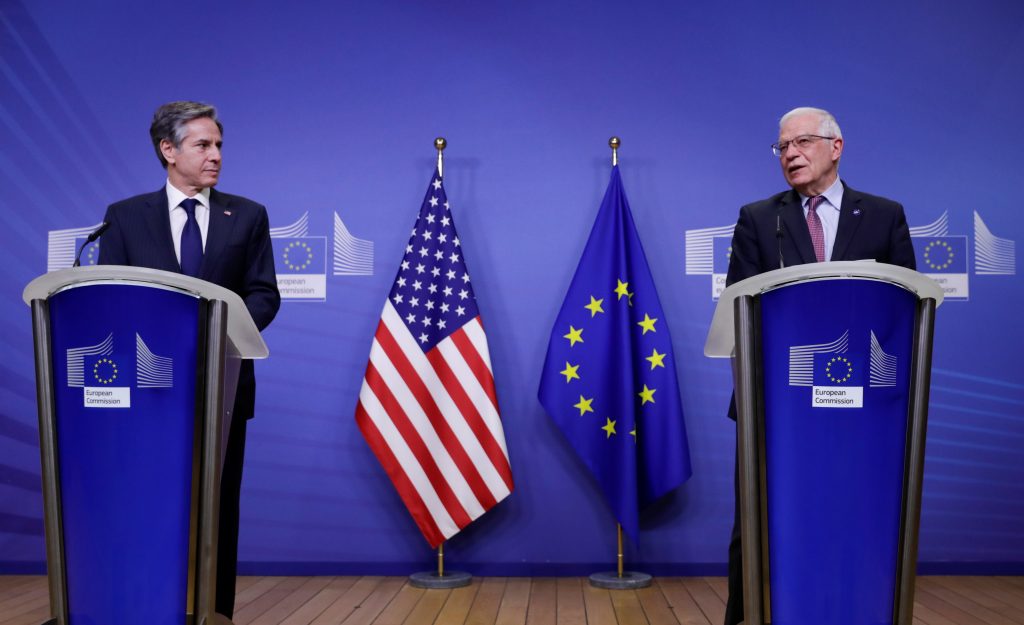 Secretary of State Antony Blinken said on Thursday that cooperation between allies was more important than at any time in recent history and that relations with NATO and the European Union would be crucial to overcoming challenges.

Speaking on the last day of his three-day visit to Brussels, Blinken continued what many European officials said was a charm offensive to win back the support of allies sidelined during four abrasive years under the presidency of Donald Trump.

“I came here very much with one particular focus in mind, and that was to make clear the United States’ determination to revitalize our alliances and partnerships,” Blinken said.

“There’s a greater premium than any time since I’ve been involved in these issues, on finding ways to work together, again,” said Blinken, a long-time Biden confident involved in U.S. foreign policy for decades.

Blinken late on Wednesday won European Union support for a U.S. plan to confront Chinese power together through a formal dialogue that Beijing had hoped to avoid.

“A basic tenet of the Biden-Harris administration is consulting with our friends, early and often,” Blinken said, referring to U.S. President Joe Biden, who will address EU leaders via video conference later on Thursday.

China’s decision on Monday to retaliate strongly against Western sanctions over human rights abuses has appeared to bring Europe and the United States closer together. European governments have summoned Chinese envoys to explain measures against EU nationals that were seen as going far beyond what Brussels imposed.

“We’re convinced that it is [through] enduring relationships, like the one between our countries, and like the ones that exist through the European Union and through NATO… that we can overcome any of these challenges,” Blinken said alongside Belgium’s foreign minister.

Citing the “devastating” COVID-19 pandemic, Blinken also promised to work with the EU and NATO on the global distribution of safe and effective coronavirus vaccines, and to ensure they are prepared for future pandemics.

While insisting the Europe did not have to choose between the United States and China, Blinken insisted throughout his trip that the West must show authoritarian states that democracy is a superior system, to stand up for liberal values.