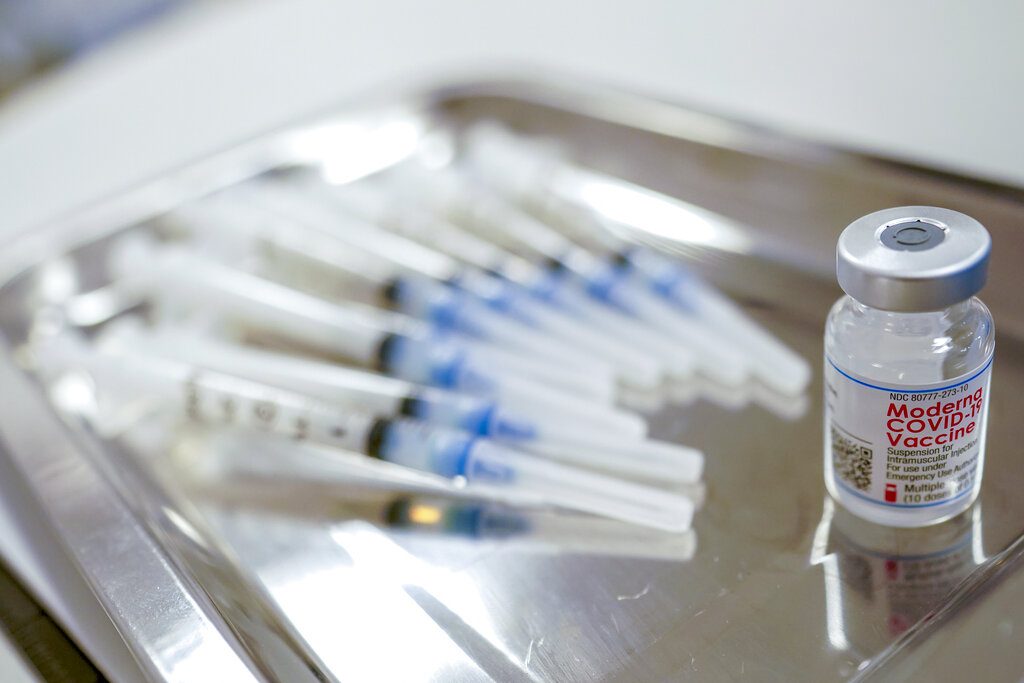 More than three months into the U.S. vaccination drive, many of the numbers paint an increasingly encouraging picture, with 70% of Americans 65 and older receiving at least one dose of the vaccine and COVID-19 deaths dipping below 1,000 a day on average for the first time since November.

Also, dozens of states have thrown open vaccinations to all adults or are planning to do so in a matter of weeks. And the White House said 27 million doses of both the one-shot and two-shot vaccines will be distributed next week, more than three times the number when President Joe Biden took office two months ago.

“These vaccines work. We’re seeing it in the data,” Dr. Rochelle Walensky, director of the Centers for Disease Control and Prevention, said this week.

The outlook in the U.S. stands in stark contrast to the deteriorating situation in places like Brazil, which reported more than 3,000 COVID-19 deaths in a single day for the first time Tuesday, and across Europe, where another wave of infections is leading to new lockdowns and where the vaccine rollout on the continent has been slowed by production delays and questions about the safety and effectiveness of AstraZeneca’s shot.

At the same time, Walensky and other public health experts in the U.S. are warning at every opportunity that it’s too early to declare victory and that relaxing social distancing and other measures could easily lead to another surge.

“We’re getting closer to the exit ramp,” Topol said. “All we’re doing by having reopenings is jeopardizing our shot to get, finally, for the first time in the American pandemic, containment of the virus.”

Across the country are unmistakable signs of progress.

More than 43% of Americans 65 and older — the most vulnerable age group, accounting for an outsize share of the nation’s more than 540,000 coronavirus deaths — have been fully vaccinated, according to the CDC. Vaccinations overall have ramped up to about 2.5 million shots per day.

Nationwide, new cases and the number of people hospitalized with COVID-19 have plummeted over the past two months, though Walensky expressed concern that the two trends seemed to stall in the past couple of weeks. New cases are running at more than 53,000 a day on average, down from a peak of a quarter-million in early January.

Biden has pushed for states to make all adults eligible to be vaccinated by May 1. A least a half-dozen states, including Texas, Arizona and Georgia, are opening up vaccinations to everyone over 16. At least 20 other states have pledged to do so in the next few weeks.

Microsoft, which employs more than 50,000 people at its global headquarters in suburban Seattle, has said it will start bringing back workers on March 29 and reopen installations that have been closed for nearly a year.
New York City’s 80,000 municipal employees, who have been working remotely during the pandemic, will return to their offices starting May 3.

Experts see many reasons for worry.

The number of daily travelers at U.S. airports has consistently topped 1 million over the past week and a half amid spring break at many colleges.

Also, states such as Michigan and Florida are seeing rising cases. And the favorable downward trends in some of the most populous states are concealing an increase in case numbers in some smaller ones, said Ali Mokdad, professor of health metrics sciences at the University of Washington in Seattle.

He said the more contagious variant that originated in Britain has now been identified in every state.