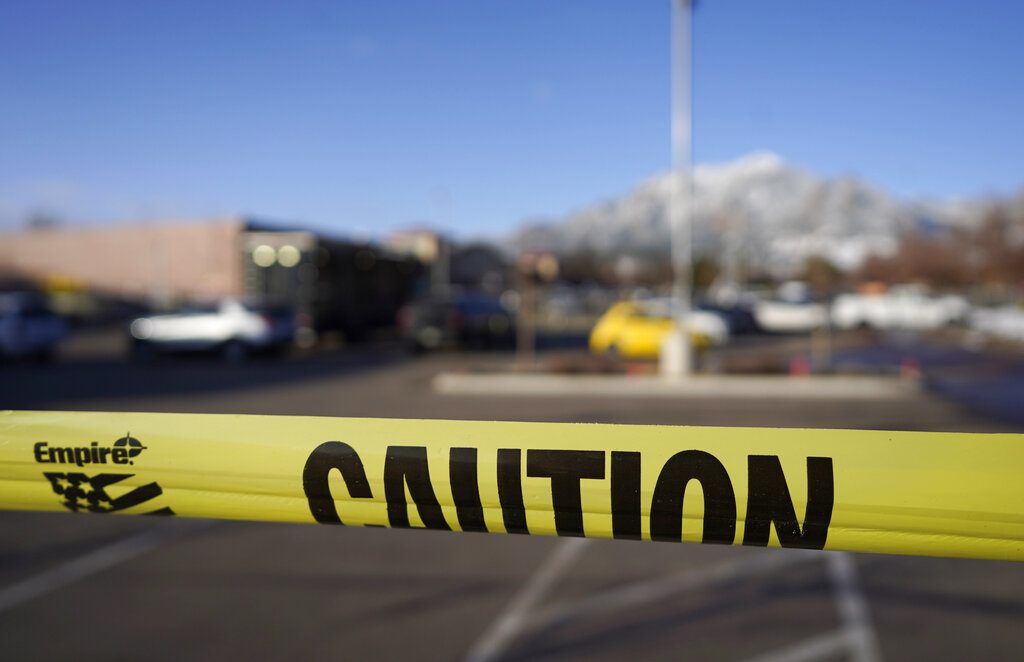 Law enforcement officials and former associates of a 21-year-old man accused of killing 10 people at a Colorado supermarket have described the suspect as prone to sudden rage — and disclosed that he was suspended from high school several years ago for a sudden attack on a classmate that left the student bloodied.

Ahmad Al Aliwi Alissa, from the Denver suburb of Arvada, was booked into jail Tuesday on murder charges a day after the attack at a King Soopers grocery in Boulder and is scheduled to make his first court appearance Thursday.

He will be advised at the hearing of the charges he faces and his rights as a defendant. He would not be asked to enter a plea until later in the judicial process.

Alissa bought a Ruger AR-556 pistol — which is technically a pistol though it resembles an AR-15 rifle with a slightly shorter stock — on March 16, six days before the attack, according to an arrest affidavit.

Investigators have not established a motive, said Boulder County District Attorney Michael Dougherty.
Authorities have not disclosed where the gun was purchased. An AR-15-style gun was recovered inside the supermarket and believed to have been used in the shooting, said a law enforcement official briefed on the shooting who was not authorized to speak publicly and spoke to The Associated Press on condition of anonymity.

A green tactical vest and a hand gun were also recovered inside the grocery store after the suspect removed most of his clothing shortly before he was taken into custody.

Among the dead was Boulder police Officer Eric Talley, 51, who was the first to arrive after responding to a call about shots fired and someone carrying a gun, said police Chief Maris Herold.

The law enforcement official who was briefed on the shooting said the suspect’s family told investigators that Alissa had delusions and that they believed he was suffering some type of mental illness. The relatives described times when Alissa told them people were following or chasing him, which they said may have contributed to the violence, the official said.

After dark Tuesday, about 100 people mourned at a makeshift memorial set up for those killed in the supermarket nearby — adorning it with wreaths, candles, banners reading “#Boulderstrong” and 10 crosses with blue hearts and the victims’ names.

Four girls huddled in the cold, one crying as she reminisced about how they had protested the 2018 shooting at Marjory Stoneman Douglas High School in Parkland, Florida. Others recalled the 1999 massacre at Columbine High School and the 2012 Aurora movie theater massacre.

Monday’s attack was the seventh mass killing this year in the U.S., following the March 16 shooting that left eight people dead at three Atlanta-area massage businesses, according to a database compiled by the AP, USA Today and Northeastern University.

It follows a lull in mass killings during the coronavirus pandemic in 2020, which had the smallest number of such attacks in eight years, according to the database, which tracks mass killings defined as four or more dead, not including the shooter.