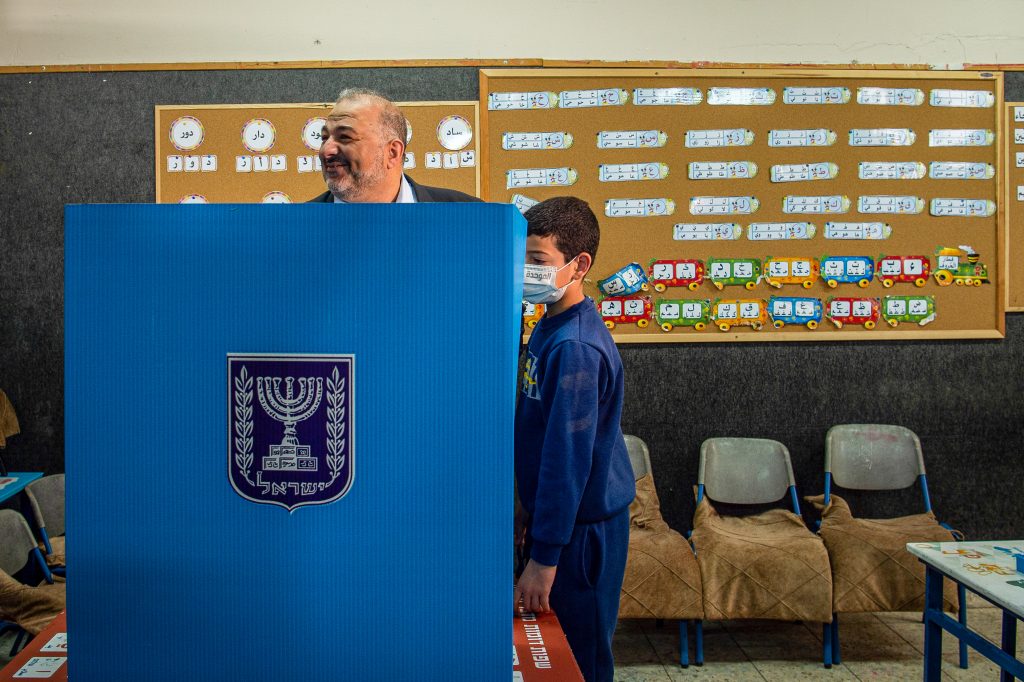 After a night in which the constantly updating exit polls fluctuated, Israeli citizens are awaiting the results of the elections for the 24th Knesset.

After counting 87% of the eligible votes by Wednesday morning, it appears that Prime Minister Binyamin Netanyahu and his Likud party are in the lead with 30 seats. Yesh Atid has 17 seats and Shas has nine seats, while Blue and White received eight.

United Torah Judaism got seven seats, as did Yamina, and the Religious Zionism party has six seats so far.

But the surprise of the morning is that the Islamist Ra’am party, led by MK Mansour Abbas, passed the threshold, and according to the new figures, the pro-Netanyahu bloc of parties including Yamina dropped to 59 seats.

Yet a coalition of the parties with diverse and conflicting views seeking only to replace Netanyahu is unlikely.

Bennet has vowed to ensure that Israel will not go to a fifth round of elections, and so Netanyahu’s sixth term appears to be secure.

Netanyahu stated in his speech very early Wednesday morning that “it is possible and necessary to establish a stable government in Israel. A government that our economy obliges us to form. I reach out to all members of the Knesset who believe in these principles. The state needs a stable government. We must in no way drag Israel to the fifth elections – a stable government must be formed now.”

He said he talked after the closing of the polls with all the members of the right and told them, “Let’s do the responsible thing and form a stable government, a government that will take care of all the citizens of Israel.”

He vowed to “spare no effort in speaking with all the members of the Knesset to bring a stable government to Israel. This is what the citizens of Israel expect us to do. Prevent fifth elections and establish a good and stable government for Israel.”

On the other hand, New Hope candidate and former Likud MK Ze’ev Elkin on Wednesday morning reiterated his party’s pledge not to join a government headed by Netanyahu, “no matter what job we are offered,” and said no member of his party will defect to Netanyahu’s bloc.

“If Netanyahu forms a government, we will serve the public from the opposition,” Elkin posted.

He also said that New Hope won’t be in a coalition propped up by the Joint List party — notably not ruling out Ra’am.

“We will do everything to form a government of change, and no ego will stand in the way,” he added.