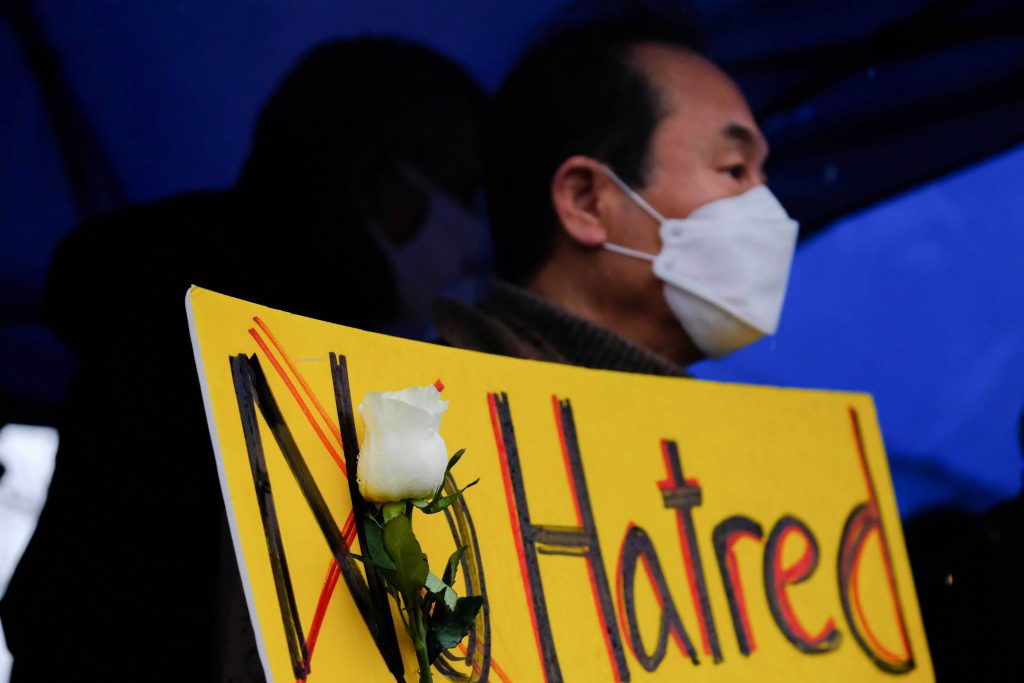 New York City continues to see a grim rise in harassment and violence against Asian-Americans, with at least three attacks in Manhattan within 24 hours being reported to the police.

“This goes against everything we believe in this city, everything we feel as Americans. It is unacceptable, and we all need to fight it back in every way,” Mayor Bill de Blasio said in response to the news. “It sickens me and angers me and we will deal with it aggressively. I want everyone in every way you can to help support our Asian-American neighbors, speak up for them, help report anything you see.”

Around 11:30 a.m. on Sunday, an Asian-American woman heading to a rally to protest a shooting in Atlanta that killed five Asian-American woman had her rally sign ripped from her hands, stomped on, and then the suspect punched her in the face and fled. He has since been arrested and charged with a hate crime.

At 1 p.m., a different Asian-American woman walking in Midtown was thrown to the ground and yelled at. When she called for help, police nearby arrested the female suspect and took her into custody. No charges have been filed yet.

Around 4 p.m., an Asian-American woman was attacked on the Lower East Side by a man with a metal pipe who screamed racial slurs at her. The victim was treated in hospital for wounds to the face. The suspect was taken into custody and charged with a hate crime assault and resisting arrest.

There have been more than a dozen assaults against Asian-Americans reported so far in 2021, Pix 11 said. Police Commissioner Dermot Shea has stated he believes the number of attacks are higher, but the victims are often too afraid to come forward. The victims have disproportionately been older people, suggesting the attackers are often seeking out people perceived as more vulnerable and less likely fight back.