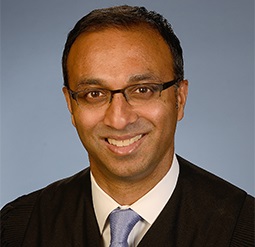 A federal judge in Washington, D.C., on Tuesday criticized the U.S. Justice Department for speaking to the media about the ongoing investigation into the deadly Jan. 6 attack on the Capitol by former President Donald Trump’s supporters.

In an unusual court hearing, U.S. District Judge Amit Mehta said he was “surprised” by remarks prosecutor Michael Sherwin made to the CBS television program “60 Minutes,” and troubled by a New York Times article that cited anonymous Justice Department sources.

“I found it troubling that sources within the Department of Justice were detailing the possibility of additional charges in a pending criminal case and an ongoing criminal investigation,” Mehta said, adding, “this case will not be tried in the media.”

Mehta said the news coverage could undermine due process rights of defendants and that he would consider imposing a gag order if the pattern continues.

During the hearing, a Justice Department lawyer said Sherwin’s interview with “60 Minutes” was being referred for review to an internal watchdog, who would determine if department policies were violated.

Sherwin, a career prosecutor from Miami who previously served as the interim U.S. Attorney for the District Columbia, told the program that investigators have found evidence that would likely allow the government to file sedition charges against some defendants.

“I believe the facts do support those charges. And I think that, as we go forward, more facts will support that,” Sherwin said in the interview, without specifying which defendants could face such a charge.

A Justice Department spokeswoman declined to comment on the Sherwin interview or whether it is under investigation.

Hundreds have been charged with taking part in an attack that led to five deaths after a mob of Trump supporters stormed the Capitol in a failed bid to stop Congress from certifying President Joe Biden’s election victory.

Mehta is overseeing a case against members and associates of the far-right Oath Keepers group, who are facing particularly serious conspiracy charges.