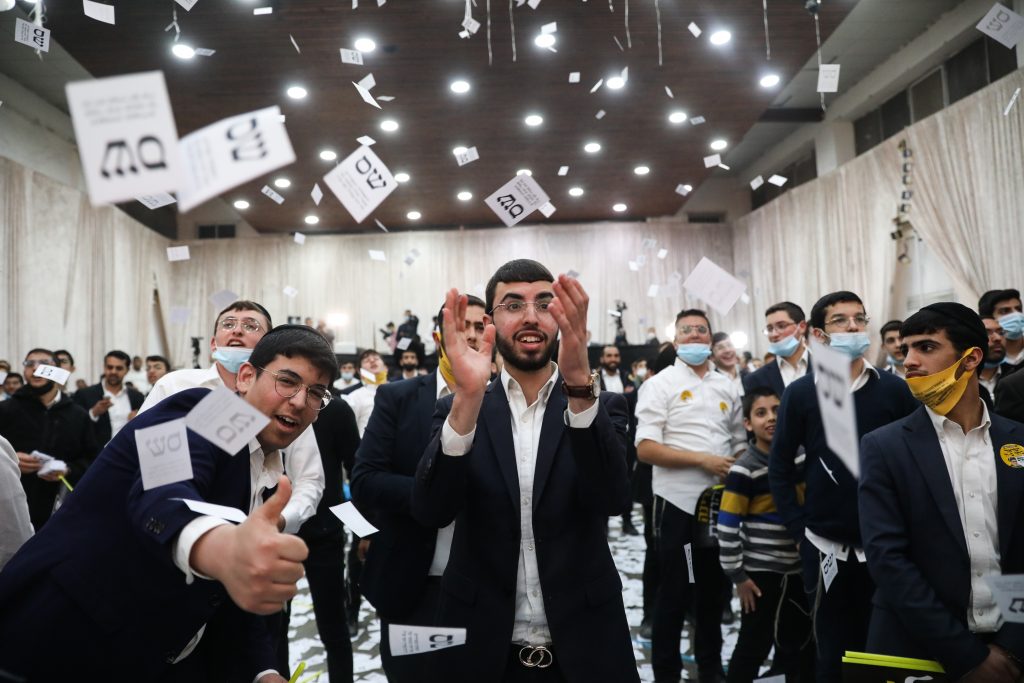 Shas was projected to win 9 seats, Joint Arab List was down to 8, United Torah Judaism, Yamina, Blue and White, Labor 7, Religious Zionism and Yisrael Beytenu all getting 7. New Hope and finished Meretz both finished with 6.

The Likud looked able to form a 61-MK majority, as the right-religious bloc held, but only if Naftali Bennett’s Yamina will join.

Bennett, now steps into the role of kingmaker. But at this early juncture he would not say what he intends.

“I shall do only what is good for the State of Israel,” he said on Tuesday night after the exit polls were announced.

Last week, Bennett signed a pledge not to sit in a government in which Yesh Atid leader Yair Lapid is the prime minister. But this would not necessarily foreclose his options, if Lapid would agree to a rotational premiership with Bennett. Lapid has declined to explicitly say he was running for prime minister, insisting that his main concern is removing Netanyahu, regardless of who leads the replacement coalition.

There were surprises among the small parties. Bezalel Smotrich’s Religious Zionism, which had been thought to be in danger of crashing below the threshold, came up with 7 seats, almost doubling expectations. Netanyahu’s decision to encourage right-wing voters to vote for Smotrich, saying it was as good as a vote for Likud, apparently helped. The party headquarters was a scene of delirious dancing and cheering.

Blue and White, another candidate for oblivion throughout the campaign, regularly polling at 4-5 seats, took 7. Meretz, which also was reportedly in danger of wipeout, had 7.

Labor, which recently chose MK Merav Michaeli as chair, performed better than expected, not only clearing the threshold, but increasing its seats in the Knesset.

The JAL spinoff, Ra’am did not clear the threshold to enter the Knesset. Overall, fears of a meltdown in the Arab sector were confirmed, as the parties plummeted from 15 to 8 MKs.

Channel 12 and Channel 13’s exit polls were much the same.

Likud will have a 61 seats coalition.

Likud will have a 61 seats coalition.

Once again, it must be stressed, however, that these results are unofficial, and that the final outcome may be significantly different.