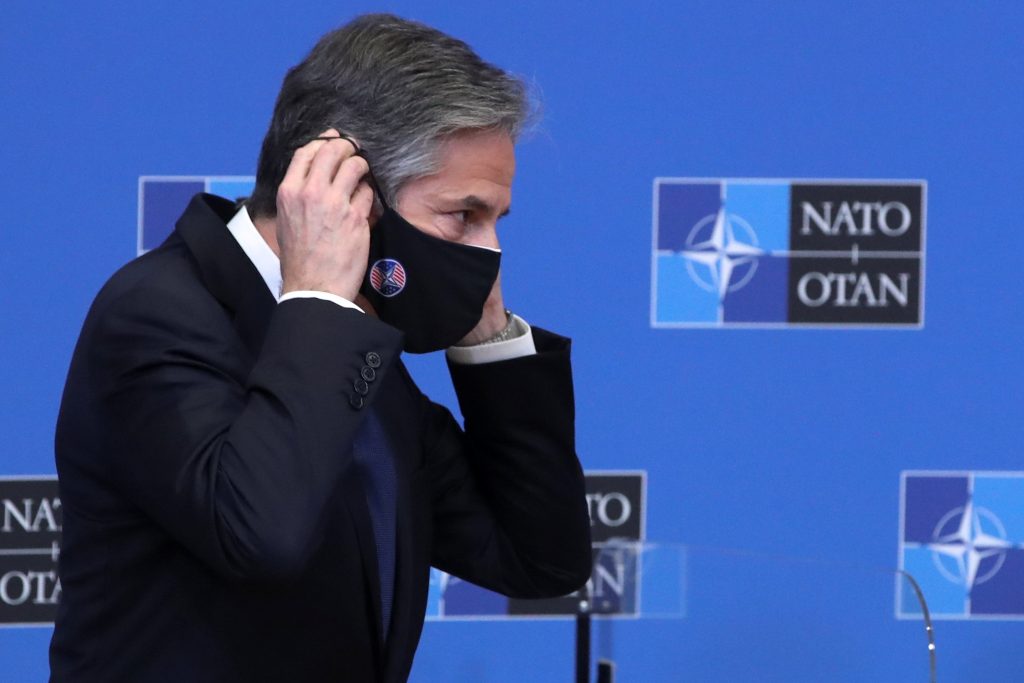 Secretary of State Antony Blinken on Tuesday pledged to rebuild and revitalize the transatlantic military alliance after a bruising four years when Washington portrayed NATO as outdated, divided and in crisis.

The first top U.S. official to visit NATO since President Joe Biden took office in January, Blinken said the alliance was at a pivotal moment but could emerge stronger after internal disputes over Turkish and Russian gas.

“I’ve come here to express the United States’ steadfast commitment (to NATO),” Blinken told reporters as he met NATO Secretary-General Jens Stoltenberg. “The United States wants to rebuild our partnerships, first and foremost with our NATO allies, we want to revitalise the alliance.”

After four years of friction with Washington under the presidency of Donald Trump, who said the alliance was obsolete and harangued allies over defense spending targets, NATO’s European allies have welcomed the change in tone, saying they are once again being consulted on strategy.

“The last thing we can afford to do is take this alliance for granted,” said Blinken, a longtime Biden confidant who is seeking to repair damage done by Trump’s “America First” policy.

Blinken said China’s military rise and Russia’s attempts to destabilize the West were threats that required NATO to come together, urging Turkey in particular to embrace the 30-member nuclear alliance.

“Turkey is a long-standing and valued ally,” Blinken said before a NATO meeting of foreign ministers, and it was in Ankara’s interest to remain in the alliance.

Stoltenberg has set out areas where NATO could modernize – from climate measures to more sustainable funding of military operations – and needs U.S. support.

Asked about any possible withdrawal from Afghanistan, Blinken said a U.S. review of options was still underway and he would listen and consult with allies. NATO foreign ministers will discuss Afghanistan over the next two days in Brussels.

“We went in together, we have adjusted together and when the time is right, we will leave together,” Blinken said of Western involvement in the country.

Germany’s push to complete construction of a controversial gas pipeline under the Baltic Sea from Russia remained a divisive issue. Blinken said Nord Stream 2 ran counter to the European Union’s interests and could undermine Ukraine. He said he would raise the issue with his German counterpart Heiko Maas.

“President Biden has been very clear, he believes the pipeline is a bad idea, bad for Europe, bad for the United States, ultimately it is in contradiction to the EU’s own security goals,” Blinken said.

“It has the potential to undermine the interests of Ukraine, Poland and a number of close partners and allies,” Blinken said, saying that a U.S. law required Washington to impose sanctions on companies participating in the project.