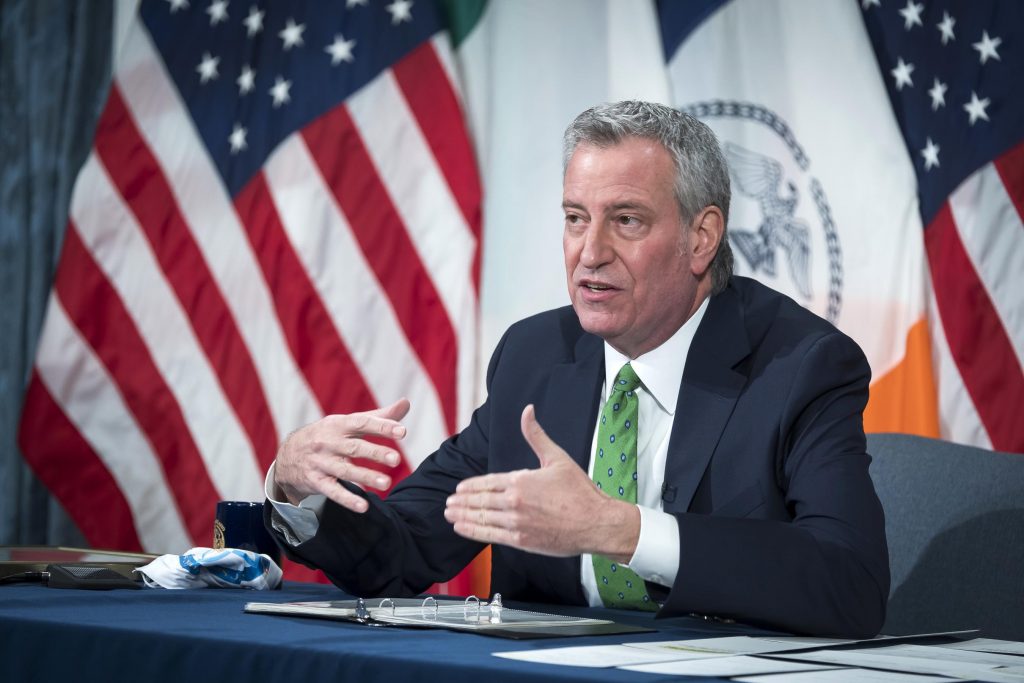 After many yeshiva principals received an e-mail from the New York City Department of Education (DOE) that excluded Orthodox Jewish ZIP codes from those that were deemed “hardest hit by COVID,” and therefore eligible to apply for funding for 3-K and Pre-K programs, BoroPark24 asked Mayor Bill de Blasio whether the Jewish ZIP codes, which were certainly among those “hardest hit by COVID,” could please be added to that list of eligibility to would allow thousands of Jewish children to go to preschool.

At a press conference on March 11, Mayor de Blasio said that he had not seen the DOE’s e-mail, but that he would get “back to us.”

In the meantime, the DOE did agree to push back its deadline for the request for funding from tomorrow, March 23 to March 31, which is in nine days.

Today, however, when BoroPark24 asked the mayor whether he could please take action to add the Jewish ZIP codes to the list of eligible ZIP codes for DOE funding, the mayor said, “Yes.”

“The answer is, and I have looked into this,” the mayor told said, “that there are going to be additional opportunities for the yeshivas to apply.”

Although Mayor de Blasio said that “there are multiple strands going on here as to how we are approaching 3-K and Pre-K,” and that “there was a special focus on the communities hardest hit by COVID, that is true, but there are many other elements in what we are doing in 3-K and Pre-K.”

“The other elements,” to which the mayor often refers, are the same elements that he used in prioritizing vaccinations for 33 neighborhoods that historically had limited access to healthcare and other resources, the mayor has explained.

For educational purposes, however, today the mayor said, “The bottom line questions is, ‘Will yeshivas still have additional opportunities to apply to apply to participate in 3-k, Pre-K?” and the answer is ‘Yes!, and I will have the deputy chancellor of [Early Childhood Education and Student Enrollment at NYC] Department of Education Josh Wallack, who is one of the early architects of pre-k and 3-K.

“I will have him talk to you directly to clarify the new opportunities that will exist for yeshivas and for other providers as well to apply all over the city.”