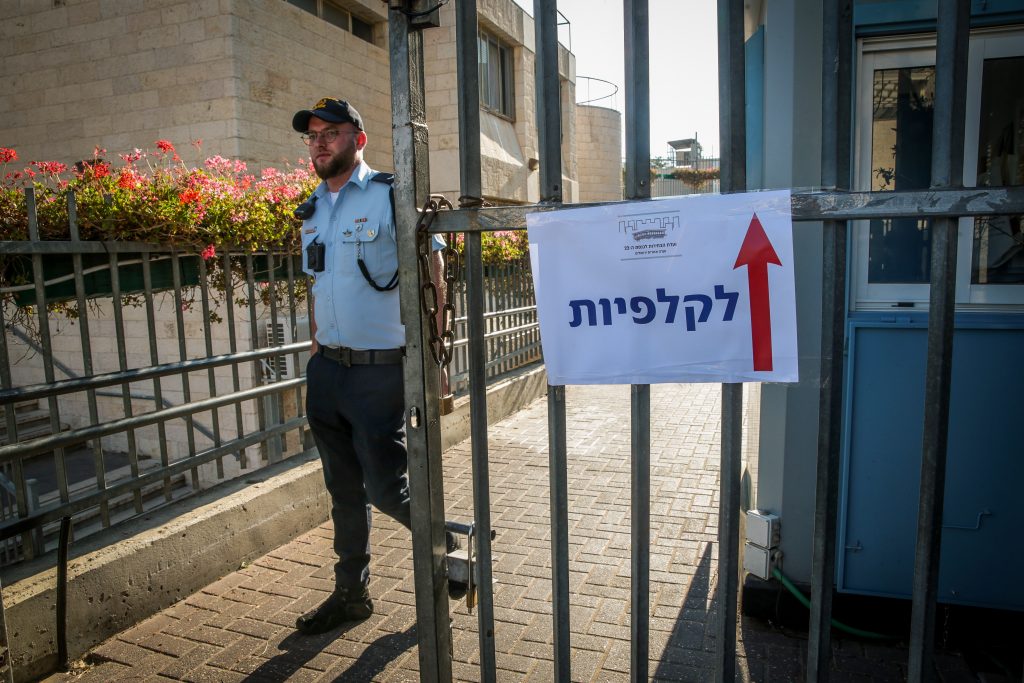 With the polls set to open in less than twenty-four hours, Israeli authorities are determined not be caught unprepared for any eventuality, especially a storming of the seat of government like the one that still has the U.S. Capitol ringed in razor wire.

The Knesset Guard and security agencies have been drilling for an assault on the Israeli parliament by armed mobs, among other possible scenarios, according to Channel 13.

Among the preparations is a special operations room at the Knesset, to be manned by the police, the Shin Bet security service and the state prosecution to monitor potentially violent activity. The security establishment will be on alert throughout election day, Tuesday, and presumably on a lower level of alert during the expected several days of counting the vote.

So far, though, there has been little violence in the campaign, and those have been minor. In recent days, Likud activists have reportedly hurled rocks, eggs and insults at New Hope candidate Gideon Saar and Labor party leader Merav Michaeli. No serious injuries were reported.

Meanwhile on Monday, a man who threatened the life of Yesh Atid chairman Yair Lapid was arrested at Ben Gurion airport.

Police said the suspect had post online death threats against Lapid while he was abroad.