Israel Thousands Protest Against Netanyahu Ahead of Vote
Israel 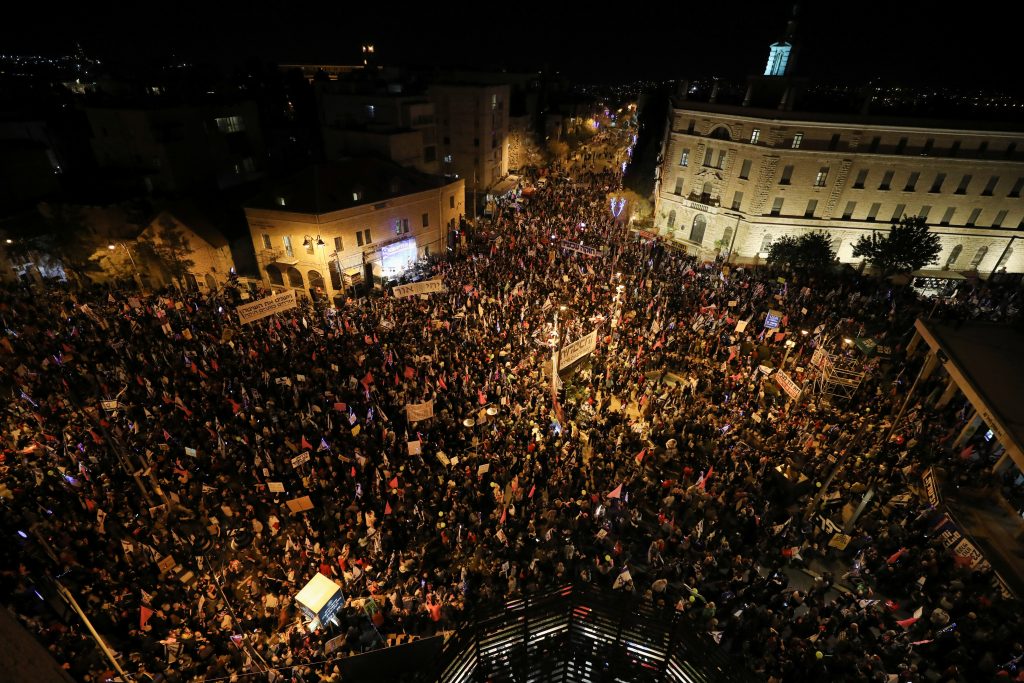 Thousands of Israelis demonstrated outside the official residence of Prime Minister Binyamin Netanyahu on Motzoei Shabbos, calling for his ouster in a final show of force ahead of this week’s elections.

The weekly protests against Netanyahu have taken place for nine months. But they have lost strength in recent months in part due to cold winter weather and after early elections were declared in December. This week’s gathering was the largest protest in months.

Netanyahu is counting on his highly successful vaccination campaign to propel him to victory. Some three-quarters of the country’s adult population has been vaccinated in under three months, and the economy has reopened in recent weeks. But the economy has been hard hit by repeated lockdowns, and unemployment remains in double digits. Many of the protesters have lost their jobs or seen their businesses suffer due to repeated lockdowns.

“It’s in our hands,” read a sign on a giant Israeli flag. “We are saving the country. We are fighting corruption, we are the hope,” said another banner.

Opinion polls have forecast a tight race on Tuesday, with Netanyahu and his allies struggling to secure a majority of 61 seats in the Knesset.

If the polls are correct, Israel could be facing weeks of horse-trading and even the possibility of an unprecedented fifth consecutive election in just over two years.