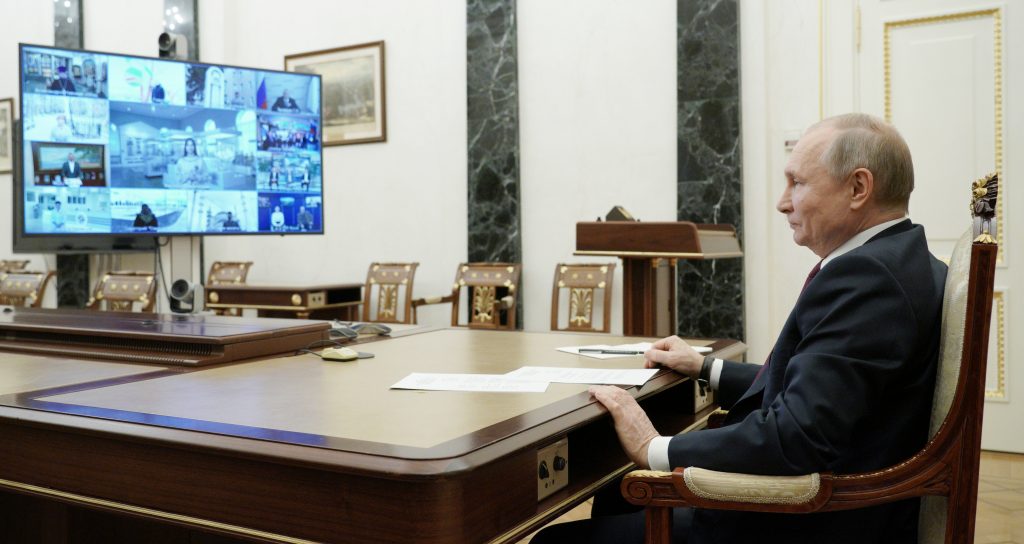 President Vladimir Putin said on Thursday that he and U.S. President Joe Biden should hold live online talks in coming days after Biden said he thought the Russian leader was a killer and diplomatic ties sank to a new post-Cold War low.

Putin cited a Russian children’s playground chant to scathingly respond to Biden’s accusation with the comment that “he who said it, did it.”

In an ABC News interview broadcast on Wednesday that prompted Russia to recall its Washington ambassador for consultations, Biden said “I do” when asked if he believed Putin was a killer.

Biden was quick to extend a nuclear arms pact with Russia after he took office. But his administration has said it will take a tougher line with Moscow than Washington did during Donald Trump’s term in office, and engage only when there is a tangible benefit for the United States.

Putin said he had last spoken to Biden by phone at the U.S. president’s request and that he now proposed they have another conversation, on Friday or Monday, to be held by video-link and broadcast live.

“I want to offer President Biden that we continue our discussion, but on the condition that we do it live, online, without any delays,” Putin said, when asked in a media interview about Biden’s comments. The two leaders last spoke by telephone on Jan. 26 days after Biden took office.

White House spokeswoman Jen Psaki on Thursday said Biden had no regrets about calling Putin a killer and swatted away a question about Putin‘s request for an immediate call in public.

“I would say the president already had a conversation with President Putin, even as there are more world leaders that he has not yet engaged with,” Psaki said. “The president will of course be in Georgia tomorrow and quite busy.”

Putin said he was ready to discuss Russia’s relations with the United States and other issues such as regional conflicts “tomorrow or, say, on Monday,” adding that he would be having a weekend break in a remote part of Russia.

In his ABC comments, Biden also described Putin as having no soul, and said he would pay a price for alleged Russian meddling in the November 2020 U.S. presidential election, something the Kremlin denies.

Russia is preparing to be hit by a new round of U.S. sanctions in the coming days over the U.S. allegations of election interference and hacking.

U.S. Secretary of State Antony Blinken said on Thursday that Washington was tracking efforts to complete Russia’s Nord Stream 2 natural gas pipeline and evaluating information on entities that appear to be involved.

In a highly unusual move following Biden’s interview, Moscow recalled its ambassador to the United States for consultations.

Suggesting Biden was hypocritical in his remarks, Putin said that every state had to contend with “bloody events” and added Biden was accusing the Russian leader of something he was guilty of himself.

“I remember in my childhood, when we argued in the courtyard with each other we used to say: he who said it, did it. And that’s not a coincidence, not just a children’s saying or joke. The psychological meaning here is very deep,” Putin said.

“We always see our own traits in other people and think they are like how we really are. And as a result we assess (a person’s) activities and give assessments,” he said.

Putin then spoke about U.S. history, talking about what he called the genocide of Native Americans, slavery and the ill treatment of Black people, and the U.S. dropping atomic bombs on Japan at the end of World War II.

“They think that we are like them, but we are different, we have a different genetic and cultural-moral code,” said Putin.